A handful of airports in the U.S. consistently rack up the most flight delays year round. FOX Weather analyzed recent flight data.

Here are the eight airports which had the highest percentage of flights delayed by at least 15 minutes: 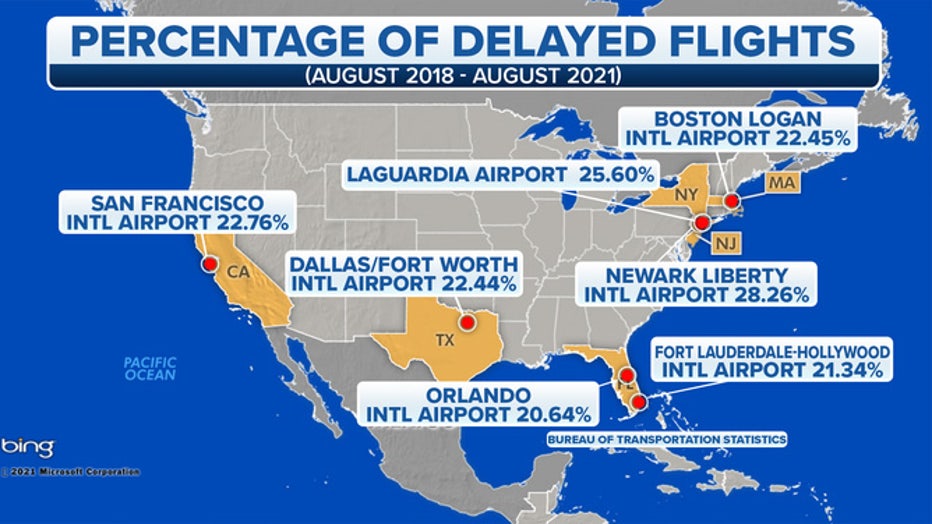 Newark Liberty International Airport in Newark, New Jersey, topped our airport list of flight delays, with more than a quarter of flights being delayed. Weather and air traffic delays accounted for 20% of the delays. Spring and summer months were only slightly more delayed than the winter months.

The New York metropolitan airports have deicing delays in winter. Takeoffs and landings must be spaced further apart during spring and summer rainstorms due to lowered visibility.

Small delays per flight add up quickly, given the amount of traffic that these airports handle. Newark, LaGuardia and Kennedy handled 8% of all flights for the 30 top airports for this time period. 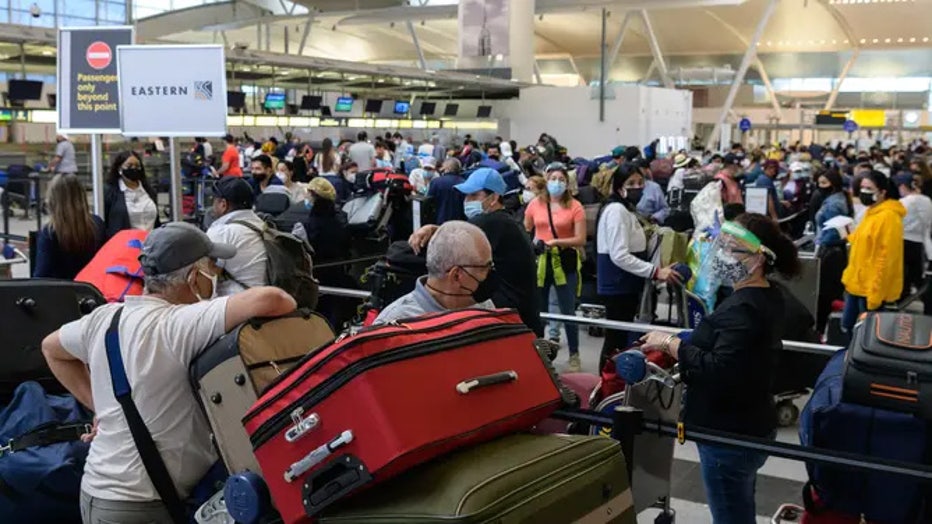 Florida's airports have afternoon thunderstorms in the spring and summer. Nearly 40% of the delayed time is waiting for delayed aircraft from other airports.

Flight delays at the Dallas-Fort Worth Airport totaled 8,055 days over the three-year period. Almost 40% of the time was spent waiting for late-arriving aircraft and 30% on air carrier delays.

All Federal Aviation Administration stats were compiled by the Bureau of Transportation Statistics for the past three years of available data (August 2018 – August 2021), which includes pre-pandemic and pandemic years. The FAA considers a flight delayed if it is 15 minutes later than its scheduled time.

How the top 30 US airports fared as a whole 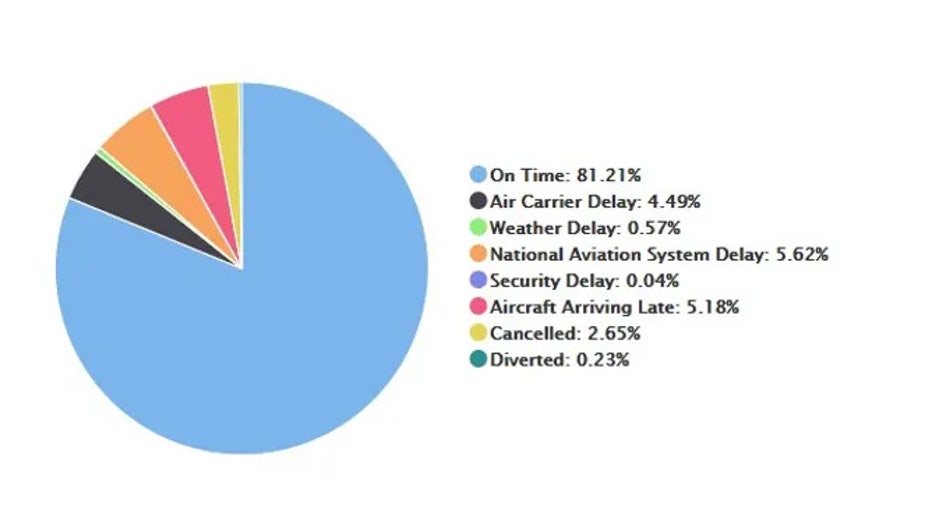 On-time arrival performance for the 30 major airports across the U.S. (Bureau of Transportation Statistics)

According to the Bureau of Transportation Statistics, the U.S.’s 30 major airports were on time an average of 81% of the time in the past three years (August 2018 – August 2021).

LINK: GET MORE ON THIS STORY FROM FOXWEATHER.COM