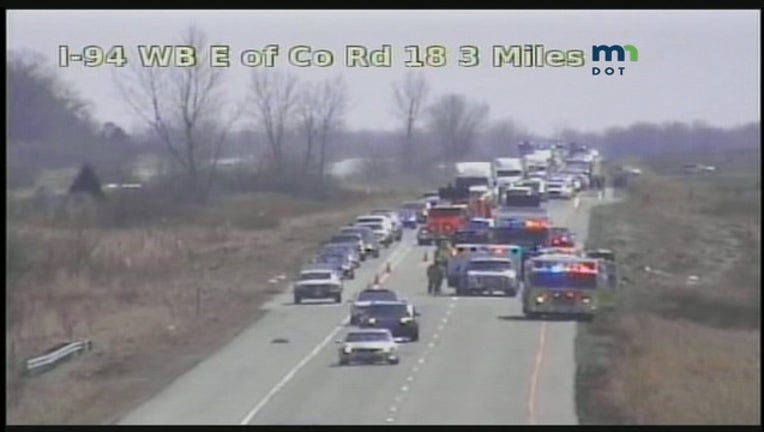 (KMSP) - A young woman suffered life-threatening injuries after a crash around noon sunday on Interstate 94W outside Monticello, Minnesota. State Patrol closed part of the interstate following the crash.

According to State Patrol, both vehicles involved in the crash were traveling westbound. One of the cars attempted to switch lanes and collided with an SUV.

The driver of the SUV was taken to the hospital with life threatening injuries.