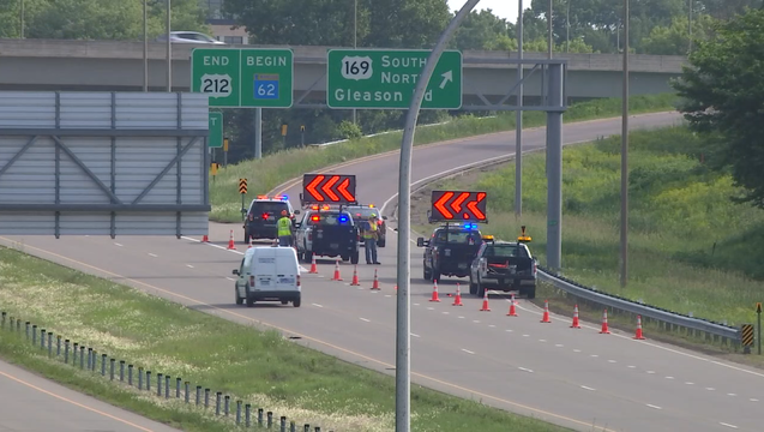 According to the Minnesota State Patrol, a Saturn was traveling east on Highway 62 when it lost control and rolled over the fly over ramp coming to rest on Westbound Highway 212.

The driver, a 26-year-old man from Crystal, Minn., is in life-threatening condition.

The passenger, Azirea Tibet Sheley of Hopkins, Minn., died in the crash.

Both occupants were under the influence of alcohol, and neither were wearing seat belts.

Several ramps were closed near Highway 62 and Highway 169 due to the crash.