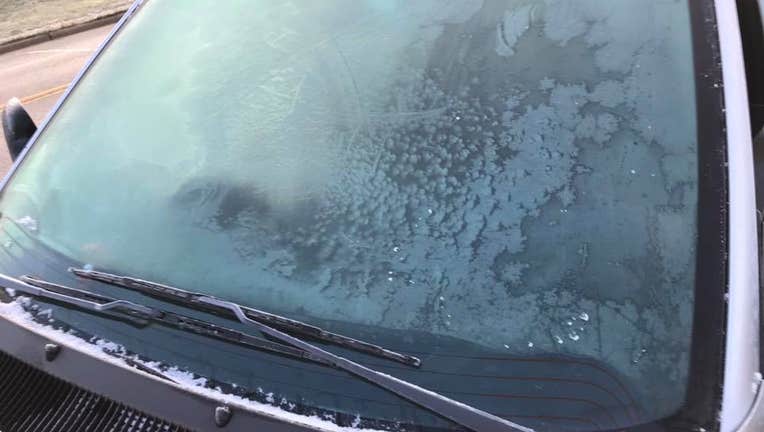 A driver in Menomonie, Wisconsin nearly caused a crash because they could not see through their frosty windshield. (Menomonie Police Department / FOX 9)

MENOMONIE, Wis. (FOX 9) - As winter approaches, law enforcement agencies are reminding drivers to scrape their windshields before heading out on the roads to avoid causing a crash.

Police in Menomonie, Wisconsin said a driver drove into oncoming traffic Tuesday morning and went off the road because they could not see through the frost on their windshield.

No one was hurt in the crash, but police said it easily could have been much worse.