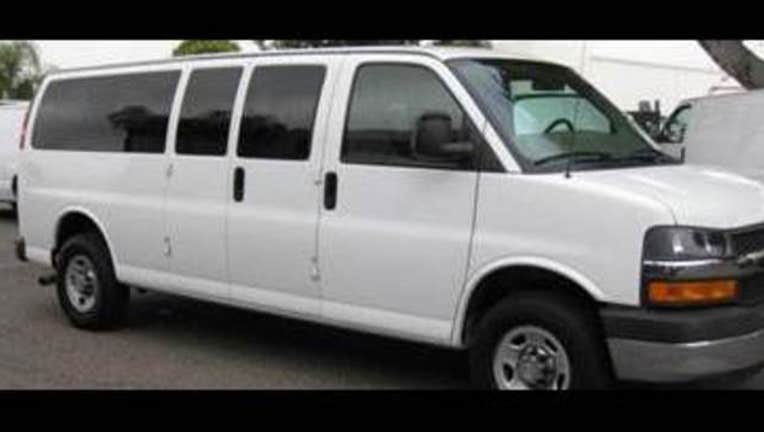 This is not the suspect vehicle. The MPD is looking for a van that looks similar to this.

MINNEAPOLIS (KMSP) - Police are looking for a full-size, 12-person white passenger van in connection to a rape that reportedly happened Saturday morning in north Minneapolis.

A woman reported being forced into the vehicle by 3 men near Golden Valley Road and Girard Avenue North and she reported sexually assaulted her before forcing her out of the vehicle residents refer to as "Tangletown," which is near Irving/Hillside/James avenues north.

Police described the van as having a longer window on the driver’s side and has a set of double doors with windows on the passenger’s side. The middle two rows of seating in the back of the vehicle are missing.

Investigators are looking for information on the men and the van, but the suspect description provided by police was too vague to publish.