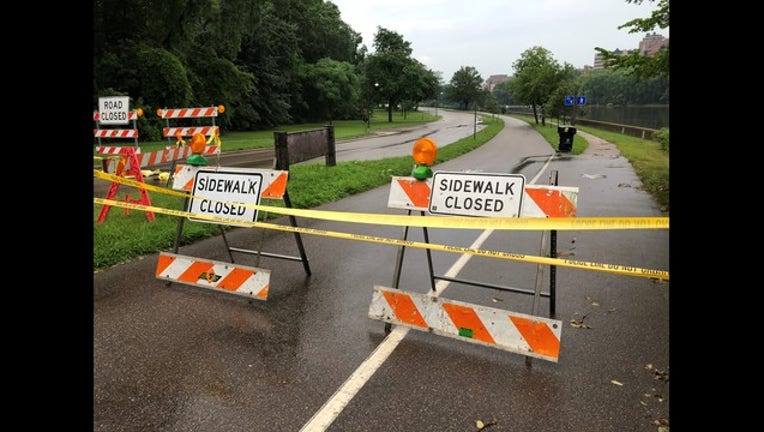 A mudslide has closed a portion of West River Parkway in Minneapolis.

Officials originally thought it was a mudslide, but after further investigation they determined it was a "limited surface soil displacement." Crews were able to reopen the road at 3 p.m.

The incident is not far from the site of the 2014 landslide that closed the road for two years. During that slide, a 100-foot-wide part of the hill gave way. The road was reopened in 2016 after a $5.6 million project to install retaining walls and better drainage.