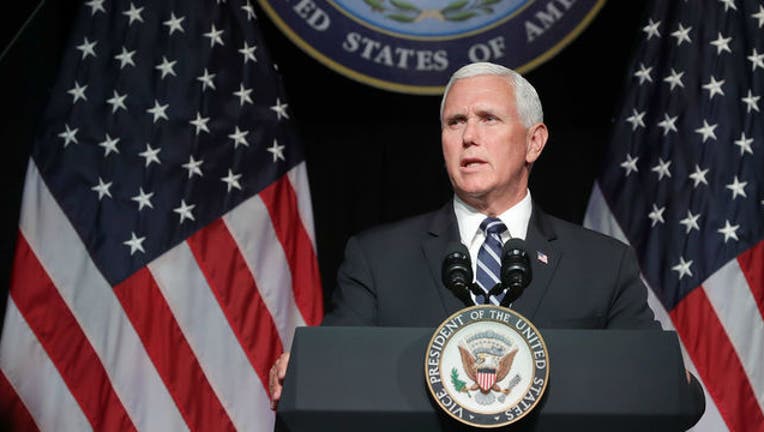 U.S. Vice President Mike Pence announces the Trump Administration's plan to create the U.S. Space Force by 2020 during a speech at the Pentagon August 9, 2018 in Arlington, Virginia. (Photo by Chip Somodevilla/Getty Images)

BLOOMINGTON, Minn. (KMSP) - Vice President Mike Pence is returning to Minnesota for the third time this year to campaign ahead of the 2018 midterm election, Republican Party of Minnesota chairwoman Jennifer Carnahan said Monday.

Pence will be attending an event in Bloomington on Thursday, Aug. 30. No additional details have been released.

“We are excited to welcome Vice President Pence back to Minnesota following our primary election," Carnahan said. "This election cycle, the future of our country and state are on the line and its a priority of the MN GOP to send more Republicans to Washington DC to support the President’s agenda."