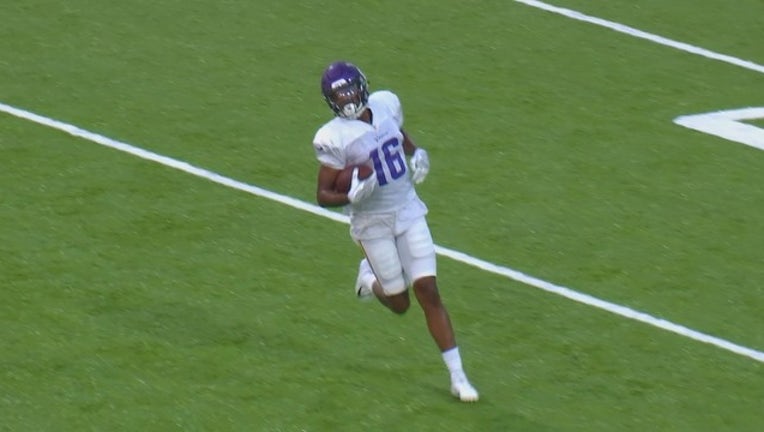 EAGAN, Minn. (KMSP) - A Minnesota Vikings wide receiver is being held without bail at the Dakota County Jail after he was arrested on suspicion of felony theft and misdemeanor domestic assault, according to online jail records.

Eagan police arrested Cayleb Jones at 4:15 p.m. Tuesday and he was later booked at the Dakota County Jail at 5:05 p.m.

According to an unofficial depth chart released by the Vikings earlier this month, Jones is listed fourth on the depth chart at wide receiver.

Vikings General Manager Rick Spielman released the following statement: “We are aware of the situation involving Cayleb Jones and are in the process of gathering more information. Further comment will be provided at the appropriate time.”

Jones is scheduled to have his first court appearance Thursday at 12 p.m.