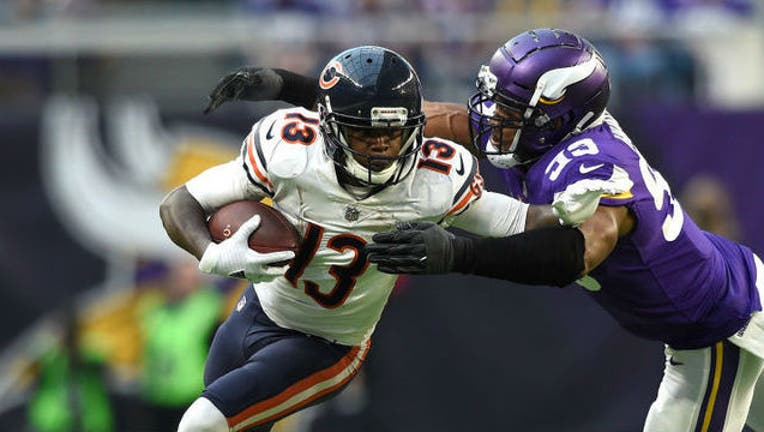 Kendall Wright of the Chicago Bears is tackled with the ball by Danielle Hunter of the Minnesota Vikings in the fourth quarter of the game on December 31, 2017 at U.S. Bank Stadium in Minneapolis, Minnesota. (Photo by Hannah Foslien/Getty Images)

Wright comes to Minnesota after spending last season with the Chicago Bears where he led the team with 59 receptions for 614 yards and one touchdown.

To date, Wright has appeared in 82 games with 45 starts during his first six seasons in the league. He has 339 career receptions, with 19 touchdowns and 3,858 receiving yards.

Wright was drafted out of Baylor in the first round by the Tennessee Titans in 2012.