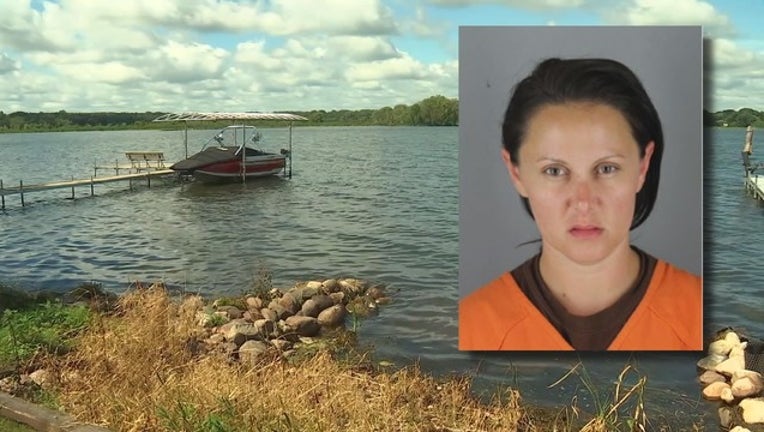 MAPLE GROVE, Minn. (FOX 9) - Video obtained by FOX 9 appears to show the moment teens tubing behind a boat collided with a dock on Saturday, resulting in serious injuries and the driver facing charges.

The video shows the boat’s operator, who is pulling two tubes with several youngsters on board, make a left turn towards shore.

It’s unclear how fast the Starcraft Aurora is going but the one tube slingshots out, the kids go airborne and fly headfirst into the boat lift and dock.

According to court documents, two teens were seriously injured in the mishap with an unidentified boy suffering a traumatic brain injury and fractured back and a girl on the tube treated for a closed-head injury.

Prosecutors charged the speed boat’s operator, Jordan Seitz, with four counts of criminal vehicular operation, arguing she was drunk at the controls.

An initial breath test reportedly found her blood-alcohol level at .108, above the legal limit to drive any vehicle in Minnesota.

Seitz, who allegedly told law enforcement she was hosting a boating party for her young daughter and friends at their Eagle Lake home Saturday, made her first court appearance Wednesday afternoon.

She had been in custody at the Hennepin County Jail since hours after the incident. One of Seitz’s neighbors on the lake said Seitz and the tubers are so fortunate the pontoon boat that usually sits in this lift wasn’t there when the mishap occurred, potentially saving them from catastrophic injury.

And while family and friends declined to address the children’s medical condition four days later, Seitz’s attorney insisted there is reason for optimism.

"We’ve had good news," she said. "The kids are out of the hospital since yesterday. My client is absolutely distraught about this tragedy and her heart goes out to these kids and their family."