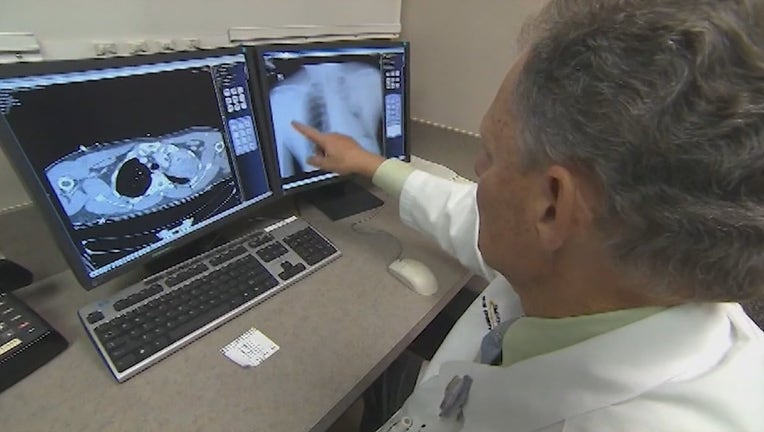 VISALIA, Calif. - Public health officials said a central California resident has died from complications related to the use of e-cigarettes, and they warned anyone who is vaping, or thinking about it, should know that there are serious potential risks.

The announcement Monday by the Tulare County Public Health and Human Services Agency comes hours after Gov. Gavin Newsom issued an executive order to spend $20 million on raising awareness about the dangers of vaping nicotine and cannabis. This is the second person to die in California from an illness related to e-cigarettes - the first was reported in Los Angeles County on Sept. 6.

To date, the Tulare County death is the 7th person to die in this manner, health officials said, following the death of a Kansas resident last week. Health officials in Indiana, Illinois, Oregon and Minnesota have also reported fatalities from sudden-onset illnesses that officials linked to vaping.

"With sadness, we report that there has been a death of a Tulare County resident suspected to be related to severe pulmonary injury associated with vaping," Dr. Karen Haught, Tulare County Public Health Officer, said in a statement. Officials did not release the person's name, age or gender.

There have been three reports of pulmonary illness associated with vaping in Tulare County, Haught said, and increasing numbers of similar illnesses related to vaping are being reported nationwide.

At least 380 cases of lung illness have been reported, according to the last available tally from the Centers for Disease Control and Prevention. All reported cases had a history of using vape pens, and most of them had reported a history of using e-cigarette products containing THC. California has seen 63 such cases.

The Democratic governor's action comes after President Donald Trump announced plans for the federal government to ban many e-cigarette flavors.

In New York, Democratic Gov. Andrew Cuomo on Sunday announced efforts to outlaw the sale of flavored e-cigarettes. In neighboring New Jersey, Gov. Phil Murphy has created a task force to come up with recommendations for addressing health issues from vaping.

Juul Labs says it agrees that there is a need to crack down on counterfeit and knockoff vaping products. Spokesman Ted Kwong says the company has taken aggressive actions to combat youth vaping. But just last week, an Illinois teenager sued the company arguing it deliberately markets to young people.

Josh Drayton of the California Cannabis Industry Association says the regulated cannabis industry wants to see the nicotine industry follow the same rigorous standards that it does.

This story was reported in Oakland, Calif. KTVU's Lisa Fernandez contributed to this report.