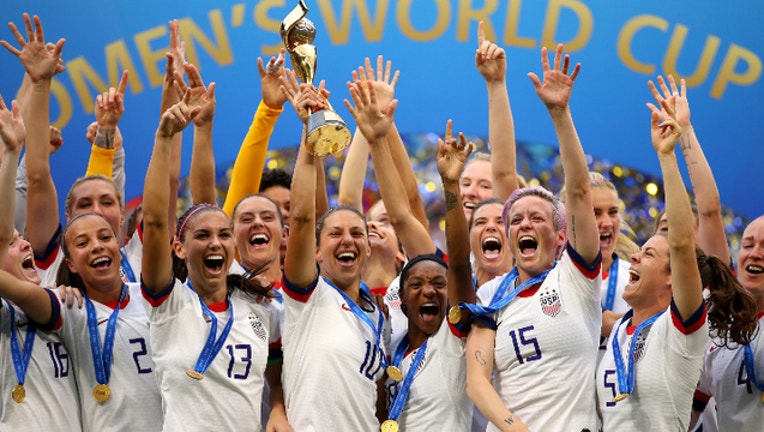 YON, FRANCE - JULY 07: Carli Lloyd of the USA lifts the trophy as USA celebrate victory during the 2019 FIFA Women's World Cup France Final match between The USA and The Netherlands. (Photo by Richard Heathcote/Getty Images)

Fresh off their fourth World Cup win, U.S. Women's National Soccer Team is embarking on a five-game Victory Tour across the country. The tour includes a stop at Allianz Field in St. Paul where they will play Portugal on Tuesday, Sept. 3, Minnesota United and U.S. Soccer announced Wednesday.

Minnesota United season ticketholders will have first crack at tickets for the game during a presale starting Friday at 10 a.m. Tickets go on sale to the general public on Wednesday, July 31 at 10 a.m.

The 2019 USWNT Victory Tour kicks off Saturday, Aug. 3 when the USA hosts the Republic of Ireland at the Rose Bowl in Pasadena, California.