Dr. Sarah Fortune, chair of the Department of Immunology and Infectious Diseases at the Harvard T.H. Chan School of Public Health, discusses superspreaders and their role in transmitting COVID-19.

WASHINGTON - The American Academy of Pediatrics clarified an earlier statement regarding the reopening of schools, saying science should guide decision-making and that federal funding would be critical. The clarification came after the White House cited the group in its push for in-person instruction.

The World Health Organization also echoed the sentiment on Monday, urging against politicizing the issue of reopening schools.

“Returning to school is important for the healthy development and well-being of children, but we must pursue re-opening in a way that is safe for all students, teachers and staff,” the AAP said in a joint statement with with national education unions and a superintendents group.

“Science should drive decision-making on safely reopening schools. Public health agencies must make recommendations based on evidence, not politics,” the statement added. 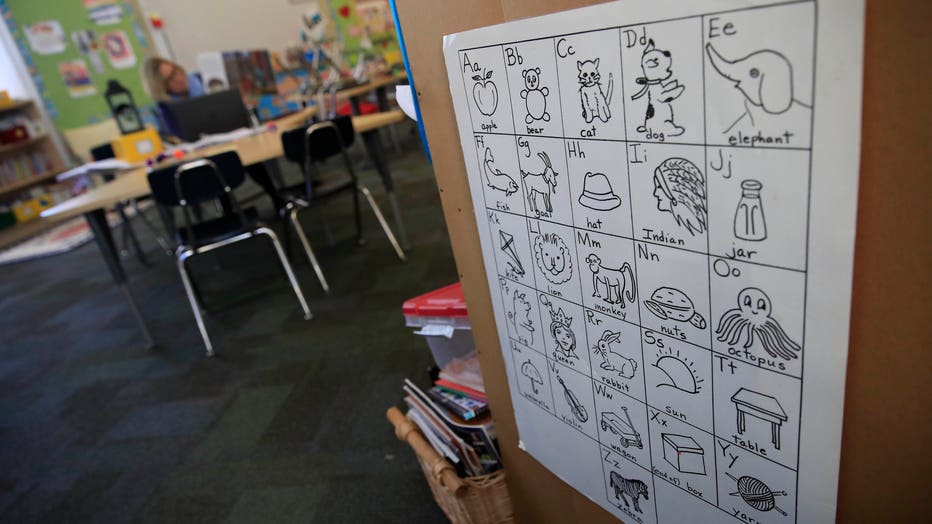 A resurgence of the coronavirus in the U.S. has ignited a fierce debate on whether schools should fully welcome students and teachers back into classrooms. Over the weekend, Florida shattered the record among U.S. states for the largest single-day increase, with more than 15,000 newly confirmed cases.

RELATED: COVID-19 deaths take a long-expected turn for the worse

Generally, children seem less likely than adults to develop COVID-19, but nevertheless, the Centers for Disease Control and Prevention has counted more than 86,000 infections by the virus in Americans younger than 18.

While kids tend to get less sick than adults, there have still been severe COVID-19 illnesses and deaths reported. Some children have also developed the condition multisystem inflammatory syndrome in children, or MIS-C.

Kids can also spread the virus to others without showing symptoms themselves, posing a risk for teachers and other school administrators. And teachers themselves, who are forced to work in enclosed spaces in close proximity, can spread the illness to colleagues.

Three Arizona summer school teachers who followed the CDC guidelines while in the same classroom recently contracted the virus, and one of them died.

Trump has threatened to cut federal funding to U.S. districts that don’t fully reopen, writing on Twitter that virtual learning in the spring proved to be “terrible” compared with in-person classes.

“Schools must be open in the Fall,” he wrote in part. “If not open, why would the Federal Government give Funding? It won’t!!!”

But on July 10, the AAP and other groups clarified their stance, arguing that schools will need more money to reopen safely during the coronavirus pandemic. The statement said threatening to withhold funding from districts that don’t fully reopen is “misguided.”

“Reopening schools in a way that maximizes safety, learning, and the well-being of children, teachers, and staff will clearly require substantial new investments in our schools and campuses,” the statement said. “Withholding funding from schools that do not open in person fulltime would be a misguided approach, putting already financially strapped schools in an impossible position that would threaten the health of students and teachers.”

On Monday, the WHO said decisions to reopen schools should be part of a broad strategy for the fight against COVID-19, and not be politicized.

“We can’t turn schools into yet another political football in this game. It’s not fair on our children,” Dr. Michael Ryan, the WHO’s emergencies chief, said during a press briefing. “We have to make decisions that are based on the best interests of our children, be it their educational or their health interests.”