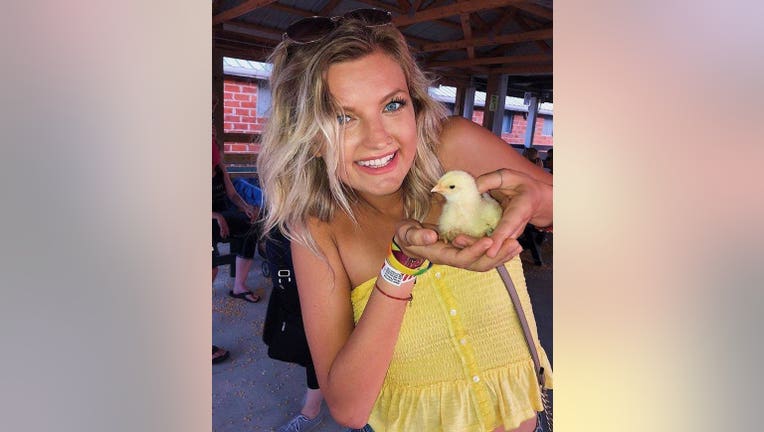 Elizabeth Mann, a University of Minnesota student, has been found after she was missing in India for two days, family members said. (Family of Elizabeth Mann / FOX 9)

MINNEAPOLIS (FOX 9) - The family of the University of Minnesota student who was reported missing in India earlier this week has been found.

Elizabeth Mann, 20, of Hastings had taken the semester off to travel in Asia with a friend. She arrived in India alone on Oct. 24. A yoga instructor, she was staying a hostel in Aujuna, Goa, India and teaching yoga classes.

The family of the University of Minnesota student who was reported missing in India earlier this week has been found.

A family member told FOX 9 Mann’s parents had last heard from her on Wednesday. She had agreed to fly home on Thursday, but the hostel manager, who was going to give her a ride to the airport, went to her room, she was gone, along with her passport and maybe $60. Her cell phone and luggage had been left behind.

At the time, they did not know whether Mann had left voluntarily or involuntarily.

On Friday afternoon, family members announced on a Facebook page dedicated to Mann’s disappearance that she had been found.