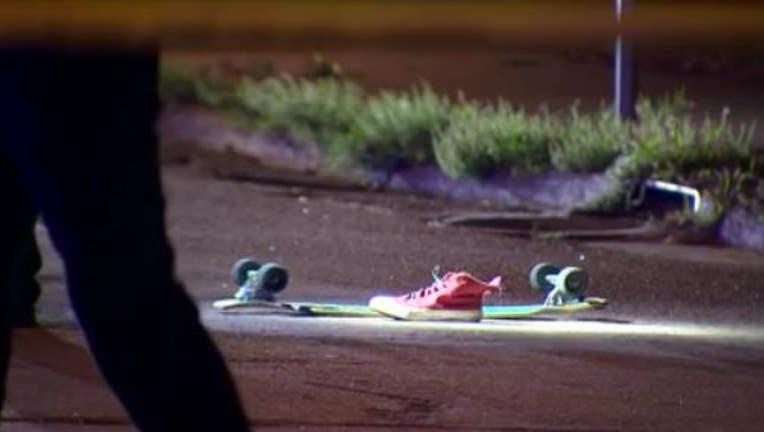 A young teenager was hit and hospitalized while skateboarding north on Bryant Avenue North in Minneapolis Monday night.

MINNEAPOLIS (FOX 9) - Police say a girl who was skateboarding on Bryant Avenue North Monday night was struck and injured by a car.

According to Minneapolis Police, at 7:22 p.m. police responded to a crash involving a pedestrian. There they found witnesses and the driver of the vehicle providing aid to the female they estimate is between 12 and 15 years old.

She was taken to HCMC for treatment of her injuries. Her identity is not known.

She is a white female wearing black shorts, a black top and red high top shoes.

Police say she was skateboarding north on Bryant Avenue and went to cross Dowling Avenue without stopping when she was hit by the car.

The motorist was going the speed limit westbound on Dowling. The driver stopped to help.