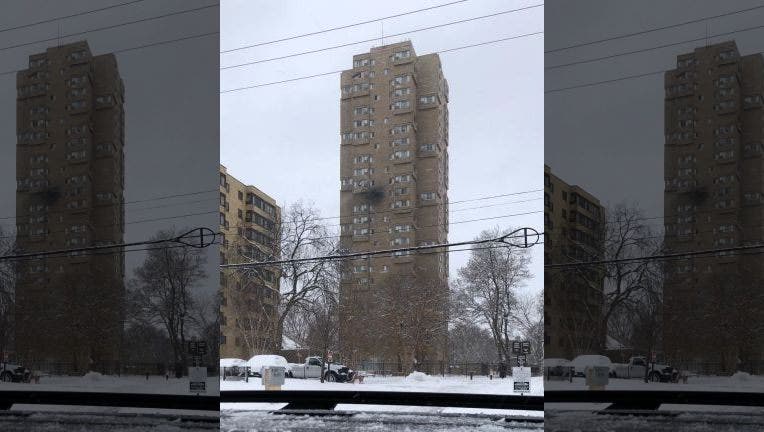 MINNEAPOLIS (FOX 9) - Four Minnesota U.S. representatives from the Twin Cities metro area are calling for an assessment of national public housing following a deadly high-rise apartment fire in the Cedar-Riverside neighborhood of Minneapolis.

The day before Thanksgiving, a fire broke out on the 14th floor of the Cedar High Apartments. Five people died in the fire and four others were injured. The cause of the fire is undetermined, according to investigators. The high-rise did not have full sprinkler coverage, however, because the building was built in 1969, it was exempt from a federal law passed in 1992 that required automatic sprinklers in multi-family public housing properties.

Representatives Ilhan Omar, Betty McCollum, Angie Craig and Dean Phillips sent a letter to Secretary of Housing and Urban Development Ben Carson calling for an assessment of national public housing that would determine which buildings are exempt from the sprinkler requirements.

“There are more than 20,000 publicly-owned units operated in our state, providing homes to 36,000 Minnesotans and families,” the representatives wrote in the letter. “They are counting on the government to help keep them safe and prevent another senseless tragedy like what happened in Cedar Riverside last month. We look forward to hearing from your agency on the scope of the upgrades needed in order to help public housing residents across the country feel safer under their own roof.”

The representatives also are asking for a cost estimate from HUD on how much federal funding would be needed for all public housing buildings to be equipped with sprinklers, regardless of the building's age.

A week ago, Senators Amy Klobuchar and Tina Smith sent a similar letter to Carson.