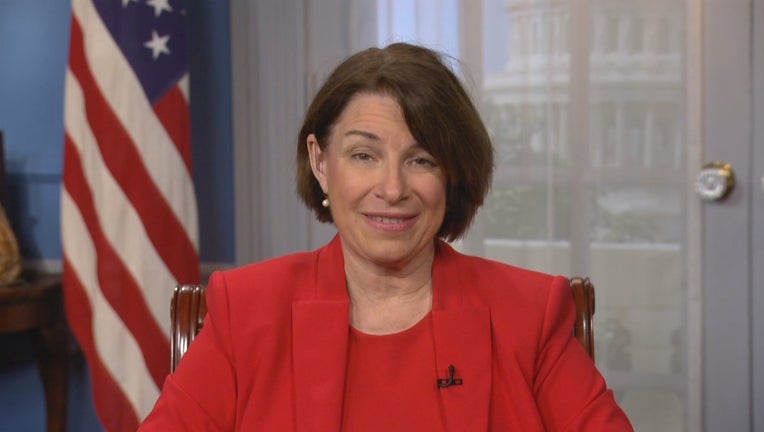 One year after a mob stormed the U.S. Capitol hoping to disrupt the certification of Joe Biden as the next president, Minnesota Senator Amy Klobuchar says security procedures have improved.

MINNEAPOLIS, Minn. (FOX 9) - One year after a mob stoked by former President Donald Trump stormed the U.S. Capitol hoping to disrupt the certification of Joe Biden as the next president, security procedures have improved.

"It was a very serious assault on our democracy," said Minnesota Senator Amy Klobuchar.

U.S. Capitol security gets more support one year after insurrection

One year after a mob stormed the U.S. Capitol hoping to disrupt the certification of Joe Biden as the next president, security procedures have improved.

During the past year, both the U.S. Senate and House of Representatives have investigated the security breach at the Capitol that lead to more than 100 police officers getting injured.  One officer, Brian Sicknick, died a day after the riot having suffered from two strokes. Four more officers have since died by suicide.

As chairman of the Senate Rules Committee, Klobuchar led a bipartisan investigation into the Capitol security measures that produced reports recommending vast changes.

As a result, there is now better intelligence sharing between the FBI and U.S. Capitol Police. Congress approved emergency funding to provide Capitol police with better equipment and training.

"But the one thing that still remains is the challenges, is one, threats against members of Congress up to 9,000 in one year, which is double triple what it's been before," said Klobuchar. "And the second is recruiting officers and filling vacancies."

Klobuchar says the police chief has committed to hiring another 200 officers.

Congress has also eliminated the bureaucratic layers in deploying the National Guard. During the insurrection, the Capitol police chief did not have the authority to call in the National Guard. He needed permission from the sergeant at arms of both the House and Senate - they were both defending their own chambers. That roadblock is now changed.

"The other side of the equation, the National Guard, is ready to respond and are in a better place of coordination," said Klobuchar. "And of course, we have in Washington now, a commander, General Jensen, our former head of the Minnesota National Guard, who heads up the Army National Guard for the nation. And that's helpful as well."

None of the changes guarantee such an insurrection won’t happen again.

"The question is, are we ready to respond?" asked Klobuchar. "And while we know those threats will continue, we are in a better place than we are where a year ago for certain in terms of being able to respond."