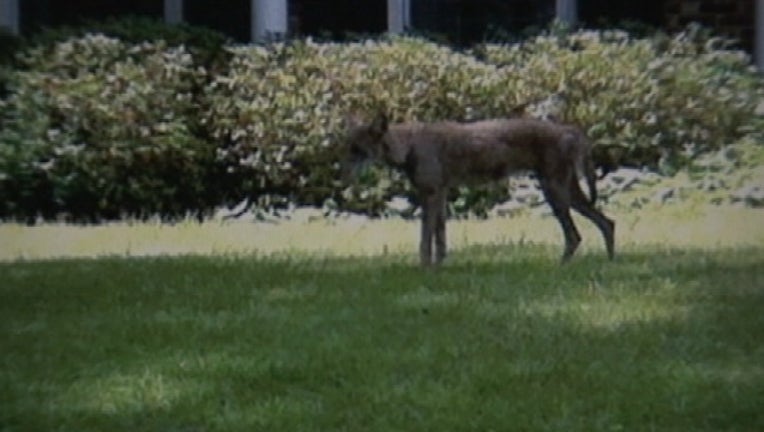 CLARIFICATION: This is not the coyote involved in the incident.

(AP) - Animal control experts say coyotes encroaching in urban areas of the Twin Cities are likely there to stay.

Lunaris says the coyotes will likely stay in the area as the city works to clean its water and improve parks.

Scott Noland is the Forest Lake Area wildlife manager for the Minnesota Department of Natural Resources. He says the summer is the prime time for coyotes to have puppies, which may also explain the increase in sightings.

Noland says there aren't any records of coyotes attacking humans in Minnesota. He says arm-waving or making loud noises will usually scare coyotes away.