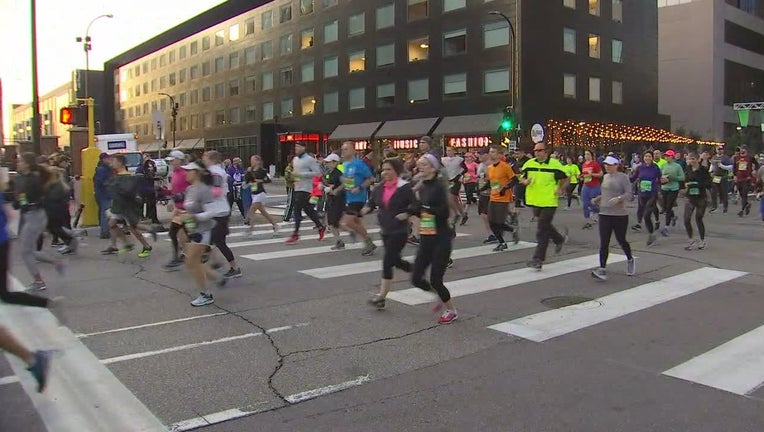 Twin Cities Marathon runners kick off a beautiful day in Minneapolis on Oct. 6, 2019. ( )

(FOX 9) - All events in the Twin Cities Marathon Weekend will take place virtually in 2020 without in-person runners or spectators, Twin Cities in Motion announced Tuesday.

After consulting with public health officials and medical personnel, the marathon’s organizers decided the races could not go on as usual due to COVID-19 because Department of Health officials do not allow for gatherings larger than 250 people. Race coordinators said, because those restrictions aren’t going to be loosened substantially before the October race, that it will go ahead virtually instead.

The following races will be held virtually this summer:

Because Twin Cities in Motion is a 501c3 nonprofit, it says it will not be offering refunds to runners this year. Instead, partial credits will be awarded to runners to use in future races.

“We understand and sympathize how the pandemic has impacted runners and your investment in events. We have looked at all possible options for 2020 event registration reimbursements. As an organization we are careful stewards of our budgets and will continue to be to ensure we can host community-based running events into the future,” the company said in a release.

The 2021 races are scheduled to go ahead as planned as the event celebrates its 40th anniversary, but the format of the 2021 events are still undecided.