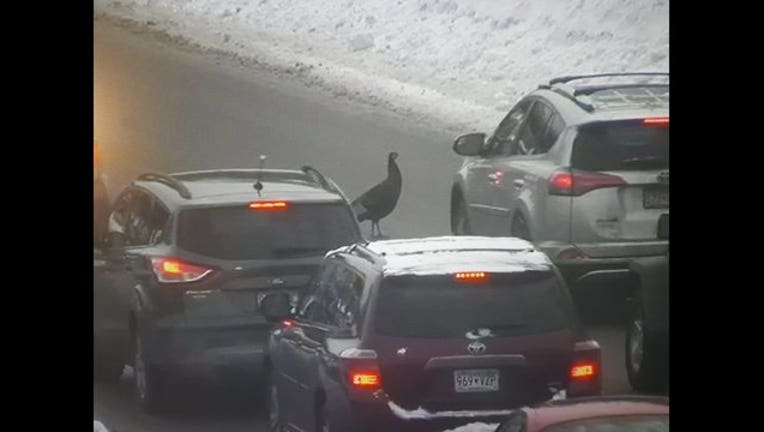 A turkey held up traffic on an exit ramp onto eastbound Interstate 94 in Minneapolis Tuesday morning. (Photo credit: Minnesota Department of Transportation)

MINNEAPOLIS (FOX 9) - A turkey caused quite a stir during the morning commute in Minneapolis Thursday.

Minnesota Department of Transportation traffic cameras captured video of a turkey blocking traffic on the exit ramp from Hennepin/Lyndale avenues onto eastbound Interstate 94 around 8:44 a.m.

MnDOT said the turkey was "not afraid to show her dominance."

This is not the first time an animal has held up traffic in the Twin Cities. In 2015, a video of a family of ducks crossing Intersate 35W in Mounds View went viral after it showed at least 10 cars swerve or stop completely to avoid hitting them as they calmly crossed the busy freeway.