Eleven people are feared to be trapped or missing after a bridge collapse in eastern Taiwan.

TAIPEI, Taiwan (AP) - A 460-foot bridge over a bay in eastern Taiwan collapsed Tuesday morning, sending an oil tanker truck tumbling onto boats in the water below.  Six people are believed trapped on one of the boats, the National Fire Agency reported.  Five others were feared to have been on the bridge, nearly a dozen others were injured.  The bridge collapsed about 9:30 a.m. local time in Nanfangao, a small Pacific coast fishing village. 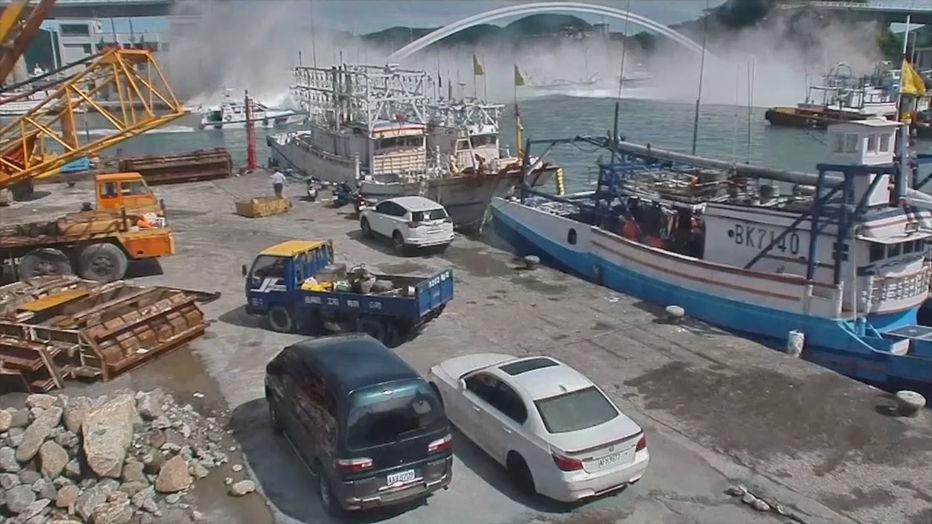 The weather at the time was sunny, but just hours after a typhoon swept across part of the island nation. Disaster officials would not say if the storm had weakened the bridge or give other details about a possible cause for the failure. The government-run Central News Agency said a bridge pier may have collapsed. 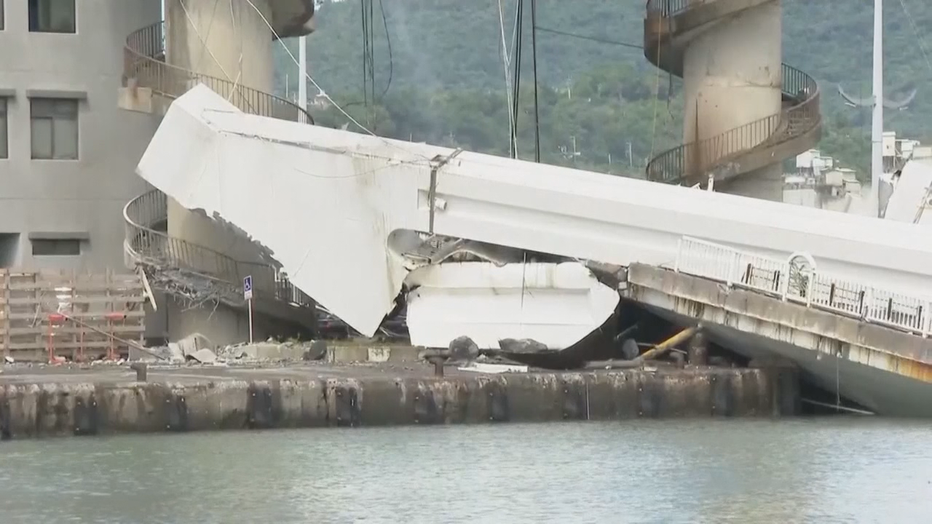 A spokesman for the National Fire Agency said the tanker's fall smashed three boats. Of the 10 people hospitalized, six are Filipinos and three are Indonesians. Workers from both countries regularly staff Taiwanese-registered boats. 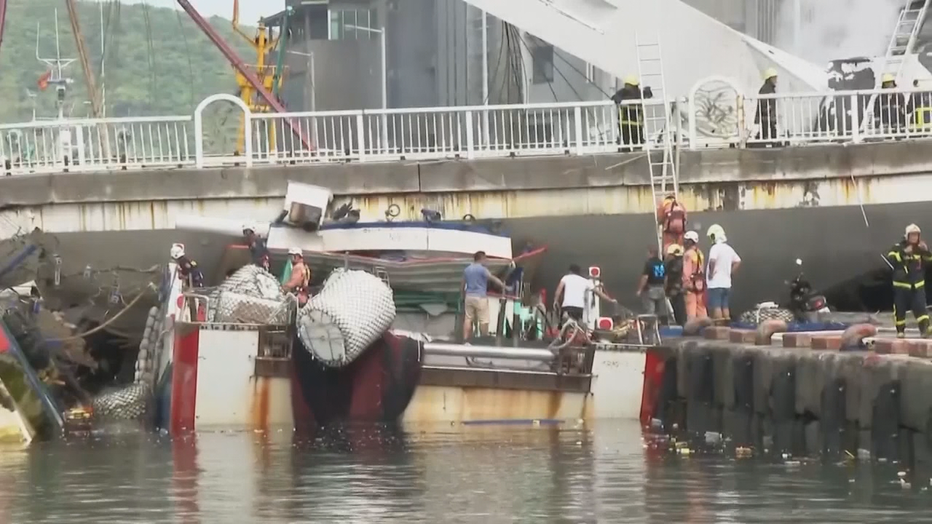 Typhoon Mitag had brought high winds and heavy rain to northern Taiwan on Monday night.  Flights and ferry services had been canceled during the storm.

Nanfangao Bridge is a tourist attraction in Yilan. It was opened in 1998 and was built to replace a lower bridge that prevented large fishing vessels from passing underneath.

According to the company that designed the 18-meter-high high bridge, MAA Consultants, it's the only single-span arch bridge in Taiwan supported by cables and the second single arch-cable steel bridge in the world.