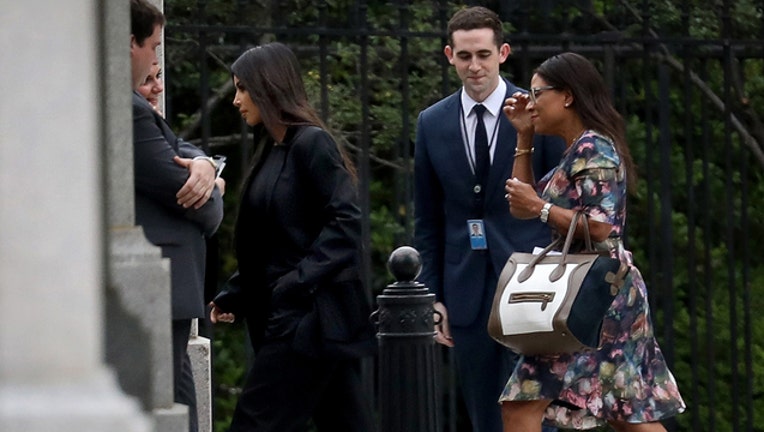 Television personality Kim Kardashian (C) enters the White House grounds on May 30, 2018 in Washington, DC. Kardashian was scheduled to meet with members of the Trump administration during her visit. (Photo by Win McNamee/Getty Images)

The fashion mogul and internet celeb reportedly arrived in Washington, D.C. on Wednesday for the face-to-face meeting to discuss prison reform and make a request to the President to free another person who has been sentenced to life in prison for drug-related charges.

She is reportedly championing the case of Chris Young, a 30-year-old who has already served 10 years of a life sentence in Tennessee for cocaine and marijuana possession.

Kardashian shared on social media on Wednesday an interview she did for podcast "Wrongful Conviction," hosted by Jason Flom.

"I'm super committed to getting people out of prison who don't belong there, and Jason is too!"

Kardashian visited the White House at the end of May to request a pardon for Alice Marie Johnson. One week later Trump granted the 63-year-old clemency, freeing her from prison after a more than a two-decade stint on drug charges.