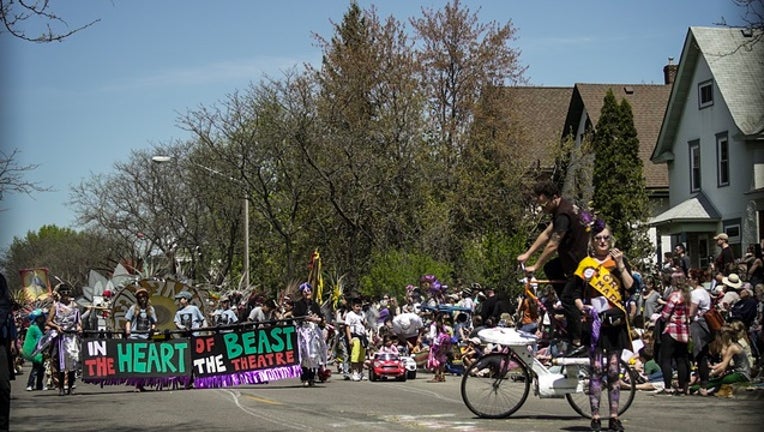 MINNEAPOLIS (KMSP) - The annual May Day Parade drew thousands of people to the Powderhorn neighborhood in Minneapolis.

For some, the parade and festival took a new significance in the midst of the current political climate. The theme for this year’s events was Imagine, Heal and Resist.

“I think the May Day parade should be experienced, just watched and participated in, at least once in someone's lifetime,” said Katherine Nunnelley, who took part in the parade.

She said the recent election also inspired her and others to take to the streets.

“Normally, I would sit back on the sidelines and just be frustrated and disappointed, with everything, instead of being in the masses,” Nunnelley said. “So it was kind of cool to be together to be part of such a big event.”

Others cited the proposals to repeal and replace the Affordable Care Act, and possible budget cuts as reasons to get involved.

“I needed some happiness and some rejuvenation and something to make go out there and fight some more for people who don't have a voice,” said Judy Rongli, who is attending her first parade in years. “Every once in a while, you just need to get an extra bit of something to keep you calling and writing and emailing to make sure we are heard.”

The parade and festival has been put on each year since 1975 by the Heart of the Beast Theatre. Other organizations took part in a free speech section of the parade including the Anti-War Committee and the Minnesota Nurses Association.