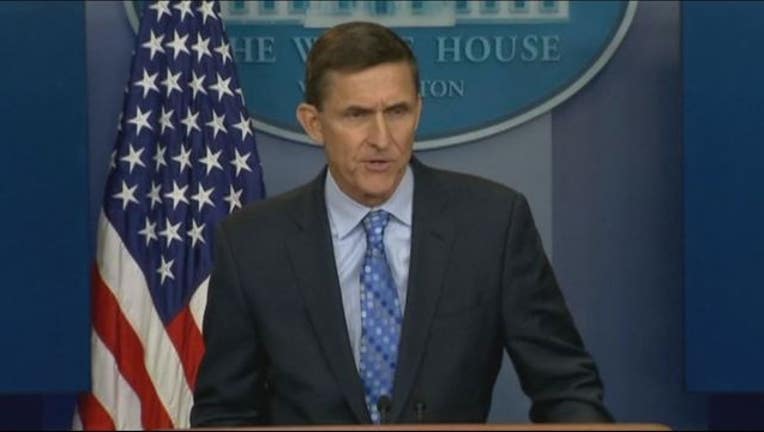 Michael Flynn's attorney says the former national security adviser is in discussions with the House and Senate intelligence committees on receiving immunity from "unfair prosecution" in exchange for questioning.

Flynn was fired from his job as President Donald Trump's first national security adviser after it was disclosed that he misled the vice president about a conversation he had with the Russian ambassador to the U.S. during the transition.

Flynn's ties to Russia have been scrutinized by the FBI and are under investigation by the House and Senate intelligence committees.

The top Democrat on the House intelligence committee says he intends to review the documents the White House is providing about incidental surveillance of members of Donald Trump's campaign team, but he is questioning the timing of the offer.

Rep. Adam Schiff of California says he does not know if the documents offered up by the White House are the same ones the chairman of his committee, Devin Nunes, reviewed in a secret visit to the White House grounds last week.

Schiff says if the documents are indeed the same, they raise "profound" questions about why the White House did not provide them to the president in the first place and whether the Trump administration is trying to "launder" information through the House committee.

Sen. Marco Rubio of Florida says that that within the past 24 hours, a second hacking attempt was made against former members of his GOP presidential campaign team.

Rubio says his campaign team was targeted during the election and again within the past 24 hours from an unknown internet address in Russia.

During a hearing on Russian meddling in the election, Clint Watts of the Foreign Policy Research Institute told Sen. Marco Rubio that his presidential campaign was targeted.

After the hearing before the Senate intelligence committee, Watts told reporters that all the GOP candidates were targeted.

And he says the Russians continue to interfere in U.S. politics, specifically targeting House Speaker Paul Ryan of late. Watts told reporters that trolling networks his research institute monitors were disseminating propaganda about dissension in the ranks of the Republican Party regarding the vote for Ryan as speaker of the House.

Sen. Ron Wyden is imploring the Senate intelligence committee to "follow the money" on Russia.

The Oregon Democrat says fishy real estate deals and money laundering might mean that the "Russian government may be only a step or two away" from American institutions.

He asked Russia experts testifying at a congressional hearing about Russian corruption.

Clint Watts is with the Foreign Policy Research Institute Program on National Security. Watts suggested that the committee also "follow the dead bodies."

Watts says several Russians tied to the investigation into Kremlin disinformation activities have been killed in the past three months - not only in Russia, but in western countries as well.

He didn't offer details, but Watts said the campaigns are evidence that Russia is continuing to seek further unrest among U.S. democratic institutions, leaders and their constituents.

Speaking at a congressional hearing on Russian meddling in the presidential election on Thursday, Warner calls the tactic Russian propaganda "on steroids."

The top Democrat on the Senate intelligence committee claims Russian propaganda outlets like RT and Sputnik produced and peddled disinformation to U.S. audiences in hopes of damaging Hillary Clinton. Warner says he's not trying to relitigate the outcome of the election, but wants to warn Americans about Russian activities.

He says he wants President Donald Trump to uncover Russian activities during the election, but he chastised Trump for what he calls "wild and uncorroborated accusations" that his campaign was wiretapped.

The top Democrat on the Senate intelligence committee is butting heads with Russian President Vladimir Putin.

In Moscow, Putin on Thursday dismissed what he called "endless and groundless" accusations of Russian meddling in the election. Putin describes the allegations as part of the U.S. domestic political struggle.

In an interview on CBS' "This Morning," Ryan says Nunes told him a "whistleblower-type person" gave him some new information on Russian meddling in the election. Ryan says he hasn't seen the new documents, but, "We're waiting for it to be provided to Congress."

Nunes met with a secret source on White House grounds last week to review classified material, which he says indicates that Trump associates' communications were captured in "incidental" surveillance of foreigners. Democrats want Nunes to recuse himself from his Russia probe in the House.

When asked if the president himself is under investigation, Ryan said, "I won't speak for the FBI, but I've never seen any suggestion or any evidence that that's the case."