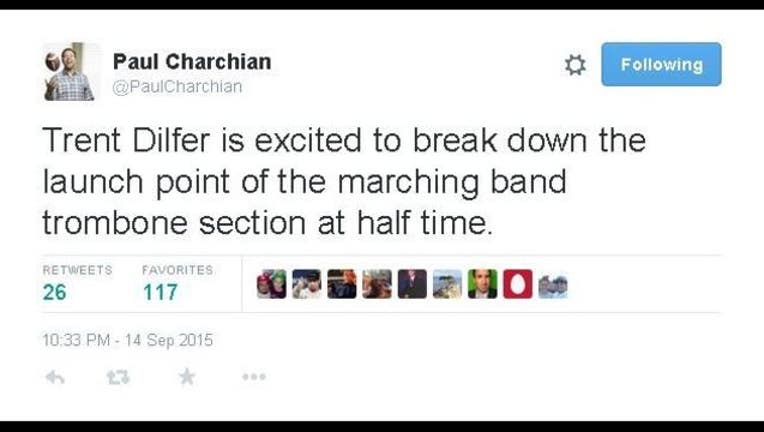 (KMSP) - It wasn’t your imagination, Trent Dilfer was yelling at you from the broadcast booth during ESPN’s Monday Night Football game between the Minnesota Vikings and the San Francisco 49ers.

Viewers seemed to agree Dilfer, a former quarterback, didn’t make a ton of sense during some of his ramblings. But he somehow served to make a sloppy game even harder to watch because we were being scolded for watching. Here are some of the best reactions to his calling on Twitter: