AUSTIN, Texas - Texas Gov. Greg Abbott on Monday said he finds it "offensive" that the FBI is vetting National Guard members, including those from his own state, ahead of President-elect Joe Biden's inauguration on Wednesday.

"This is the most offensive thing I've ever heard," Abbott, a Republican, wrote on Twitter. "No one should ever question the loyalty or professionalism of the Texas National Guard."

The deadly riot at the Capitol earlier this month caused officials in the city to take drastic measures to ensure the inauguration is secure.

Approximately 25,000 National Guard troops have been sent to the capital -- including about 1,000 from Texas. "I authorized more than 1,000 to go to DC," Abbott wrote. "I'll never do it again if they are disrespected like this." 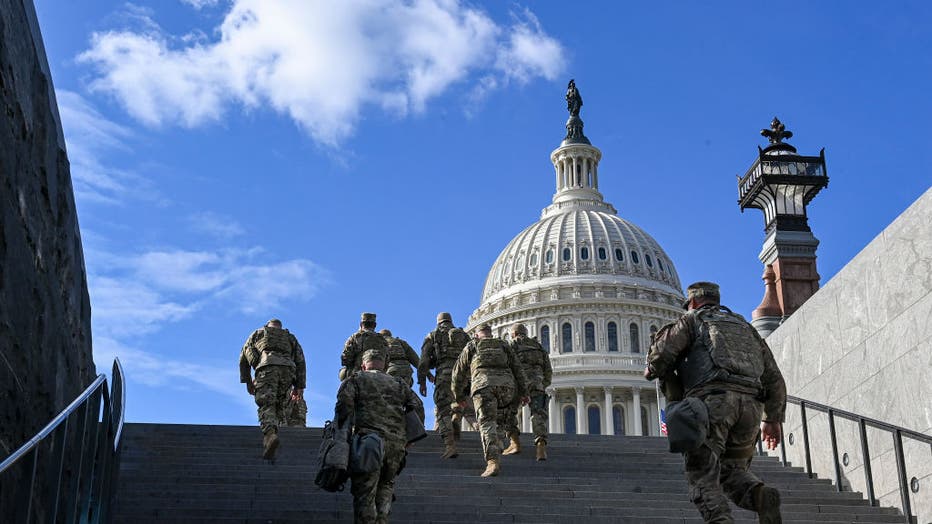 WASHINGTON, DC - JANUARY 18: National Guard troops ascend the stairs from the Capitol Visitors Center onto the East front as security is tight around the Capitol as the country prepares for the inauguration of President-elect Joe Biden and Vice Presi

U.S. defense officials said they were worried about an insider attack or other threat from service members involved in securing the inauguration, prompting the FBI to vet all National Guard troops coming to Washington D.C. for the event.

Army Secretary Ryan McCarthy told the AP that officials were conscious of the potential threat, and he warned commanders to be on the lookout for any problems within their ranks as the inauguration approaches.

"We’re continually going through the process, and taking second, third looks at every one of the individuals assigned to this operation," McCarthy said.

He and other leaders say they haven't seen evidence of any threats and officials noted that the vetting hadn't flagged any issues that they were aware of.

Acting Secretary of Defense Chris Miller, in a statement on Monday, said that the Department of Defense has also not received any intelligence indicating a potential insider threat.

Still, Miller added that the department is "leaving no stone unturned in securing the capital."

"This type of vetting often takes place by law enforcement for significant security events. However, in this case, the scope of military participation is unique," he said.