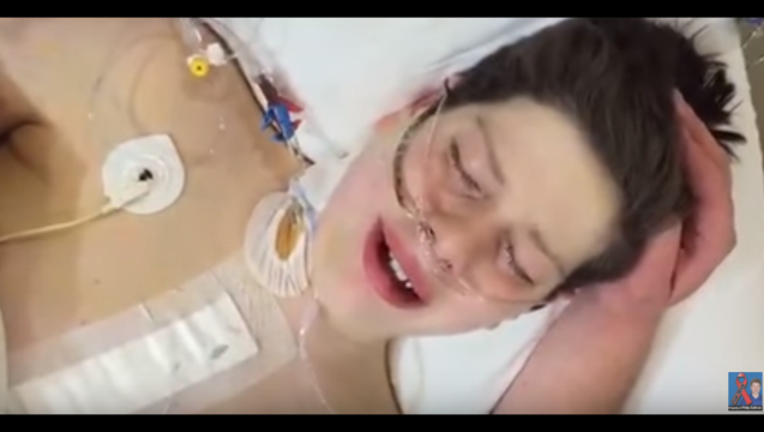 DETROIT, Mich. (KTVU, Wires) - A teenager's emotional response after waking up from heart transplant surgery is getting worldwide attention.

Through tears Trevor Sullivan whispers, "I'm so happy...  I've been waiting so long... I can breathe again and talk... I feel amazing. I've never felt so good."

A year ago the 15-year-old was diagnosed with severe cardiomyopathy.

He was hospitalized after his heart suddenly failed. Soon after, the Detroit teen was added to a heart transplant list.

Sullivan's family recorded the moments after the teen awoke.

The video was posted to the C.S. Mott Children's Hospital Facebook page, where it has received more than 100,000 views.

The teen says he's happy so many people have seen the video and hopes it inspires more people to sign up to become organ donors.