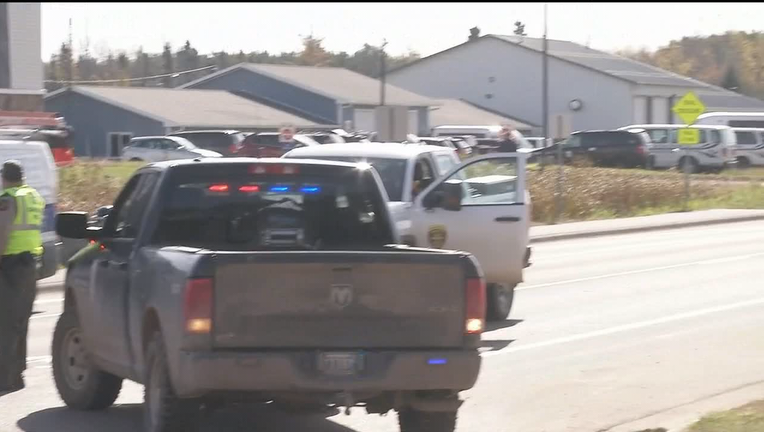 CLOQUET, Minn. (FOX 9) - Police say a Minneapolis man was shot in the head while attending a funeral on a school campus at the Fond du Lac Reservation near Cloquet, Minnesota on Friday.

Police were called to the Fond du Lac high school around 10 a.m. for the reports of a shooting. While responding, they learned the shooting was actually in the Head Start building's gymnasium where a funeral was underway.

Police say a Minneapolis man died after he was shot in the head by another man while attending a funeral on a school campus at the Fond du&nbsp;Lac Reservation near Cloquet, Minnesota on Friday.

Officers say they found a 45-year-old man had been shot by a 28-year-old Minneapolis man. The victim was identified as 45-year-old Broderick Boshay Robinson of Minneapolis.

Cloquet police say bystanders tried to subdue the man after the shooting. Police say the man remained on scene after the attack and was arrested outside the gymnasium building.

Investigators from multiple departments are working to learn more about what led to the shooting. At this time, the Cloquet chief says the motive for the attack is unclear. They're also not certain if the suspect had attended the funeral before opening fire or if he had gone to the funeral to specifically confront the victim.

Officers say they believe the victim and suspect knew each other, but didn't release their relationship. They are calling the attack an isolated incident and don't believe there is a further threat.

At the time of the shooting, students were on break for MEA but some students were still on campus for a separate event. A lockdown was put in place after the attack.

Crisis response team members responded to comfort funeral attendees shaken by the act of violence. The suspect is being held in Carlton County Jail.

The investigation into the shooting is ongoing. Police are speaking to witnesses and reviewing surveillance video.