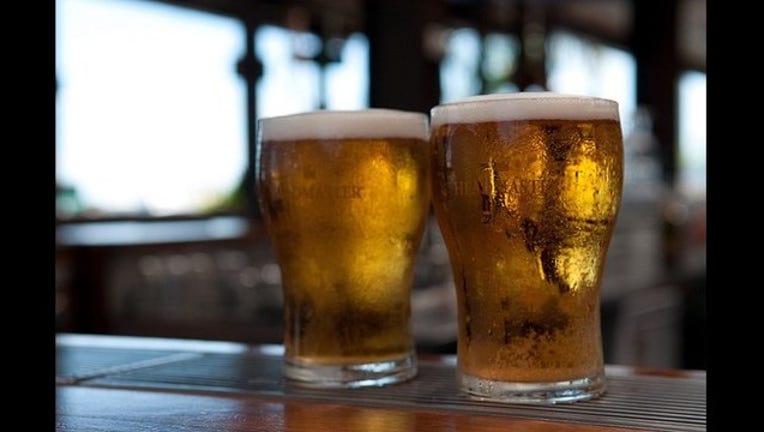 A new study put together by the smartphone breathalyzer company BACtrack finds that Champlin -- yes, Champlin, Minnesota -- has one of the highest blood concentrations of any American town.

BACtrack aggregated location-specific data from nearly 300,000 unique BAC tests performed by anonymous users for the study. At 0.132%, users in Champlin recorded the second-highest average concentration in the country, trailing only Jersey City, New Jersey, where the average BAC was 0.133%.

To put that number in some context, keep in mind that the legal limit for driving is 0.08%.

BACtrack users in Minnesota as a whole clocked in with an average BAC of 0.079%. Perhaps unsurprisingly, that's more sober than Wisconsin, where the average BAC is 0.098%. But would you believe that the drunkest state, according to BACtrack, is Iowa? It's true -- the average BAC there is a nation-leading 0.122%.

The study notes that the holidays are the height of drinking season, which extends from December 1 to March 31. During that time, BACs are 0.06% above where they're at the rest of the year.

"[R]research shows drinkers are 'buzzed' and experience stimulating effects such as increased energy and self-confidence when they have a BAC of 0.055% or lower," the study notes. "At 0.06%, drinkers reach peak stimulation and the euphoric effects of alcohol take place. Once they surpass the 0.06% threshold (called the 'Point of Diminishing Returns'), the depressant effects of alcohol, such as fatigue, lack of balance and poor coordination, begin to kick in and drinkers are more likely to appear 'drunk' to those around them."

Consider it another reason to drink in moderation over the holidays.