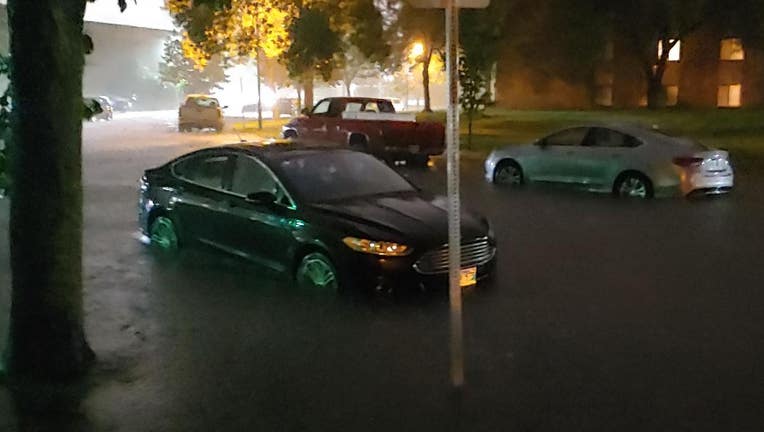 GRAND FORKS, N.D. (AP) - Residents in northern North Dakota and Minnesota were waking up to flooded streets and fields after an overnight storm dumped more than 5 inches of rain in some areas.

The weather service says Grand Forks received 5.29 inches of rain and one station in Roseau recorded nearly 6 inches of precipitation.

Several vehicles throughout the area were stranded in high water. The North Dakota Highway Patrol says Interstate 29 is closed in the Grand Forks area. No injuries were reported.

The storm is expected to bring severe weather Saturday to Minnesota, from the Twin Cities on north.