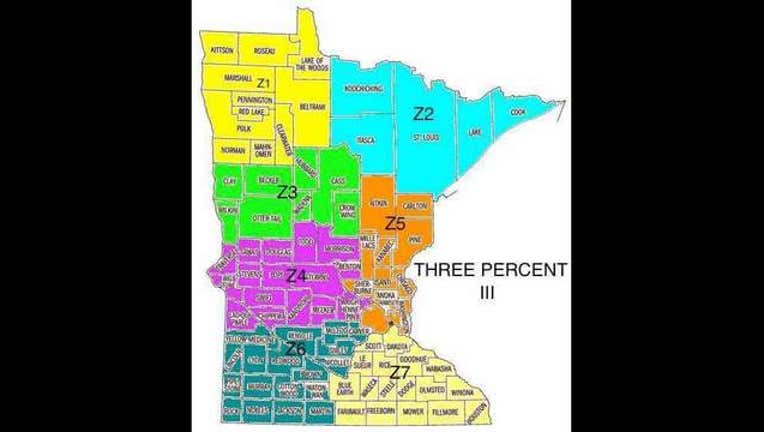 (KMSP) - Sean Hayden, the newly elected state-wide president of the United Patriots of Minnesota 3%, or UPMN3%. Members of the militia group spoke to the Fox 9 Investigators about how they are preparing for "civil war." He released the following statement to give background on the militia group's rules:

This group was created to help further the 3 Percenters' cause, which will allow us to learn of other patriots in our state, and organize meet and greets on a local setting to discuss matters at hand. It is our hope that the state chapters will organize ways to fix our nation’s problems by petitions, gatherings, and assembly.

-Be nice to your fellow 3 Percenters. No name calling, insulting, and attacking other members. Doing such will get you banned.

During the American Revolution, the active forces in the field against the King's tyranny never amounted to more than 3% of the colonists. Three Percenters today, for the most part, identify with this 3% because they were true patriots fighting for the freedoms the nation we love and honor was founded on. Three Percenters intend to maintain their God-given natural rights to liberty and property. History itself, for good or ill, is made by determined minorities. Never underestimate the power of a small group of committed citizens to change the world.