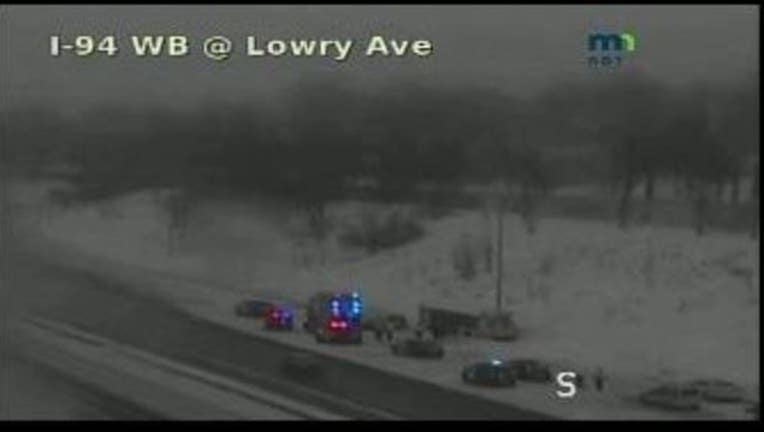 The crash occurred at 5:44 p.m. on I-94 Eastbound at Lowry Avenue, according to the crash report.

Officials said a MTC bus and a Prius were traveling south on I-94E when the Prius lost traction and spun out. The bus then broad-sided the Prius.

There were three people in the Prius. The front passenger died in the crash. The driver and rear-seat passenger were transported to North Memorial, officials said.

The bus was only occupied by the driver. The driver was not injured in the crash.

This is a developing story that will be updated as more information becomes available.