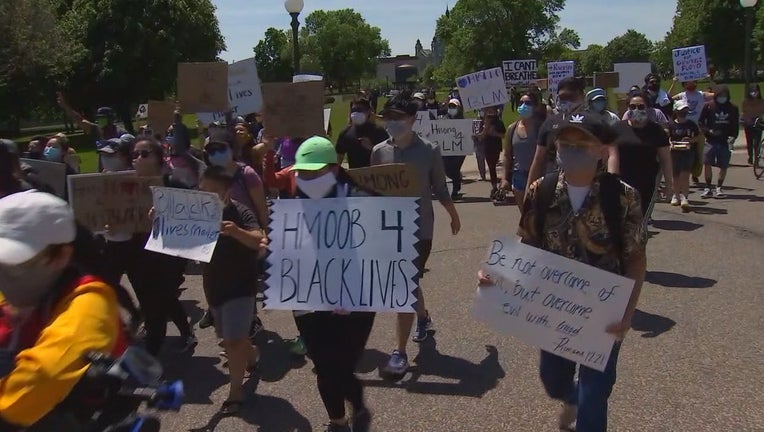 ST. PAUL, Minn. (FOX 9) - The St. Paul City Attorney's Office has been reviewing nearly 100 cases connected to the civil unrest following the death of George Floyd. While peaceful protests occured at the Capitol and outside the Governor's Residence, riots broke out along University Avenue causing damage to multiple businesses.

During a press conference Friday, City Attorney Lyndsey Olson explained the majority of the cases involve peaceful demonstrators, like those arrested for simple curfew violations. She announced the cases that did not involve violence or threats will be dismissed.

"For those individuals whose conduct goes beyond peaceful protest, the City Attorney’s Office may offer alternatives to traditional prosecution including ETHOS, our program which uses restorative justice principles to engage with first time and nonviolent offenders," said Olson.

Charging decisions will be made on a case-by-case basis and will proceed with traditional prosecution as necessary.

Mayor Melvin Carter condemned the destruction and called for those involved to instead focus on bringing down barriers in the way of social justice.