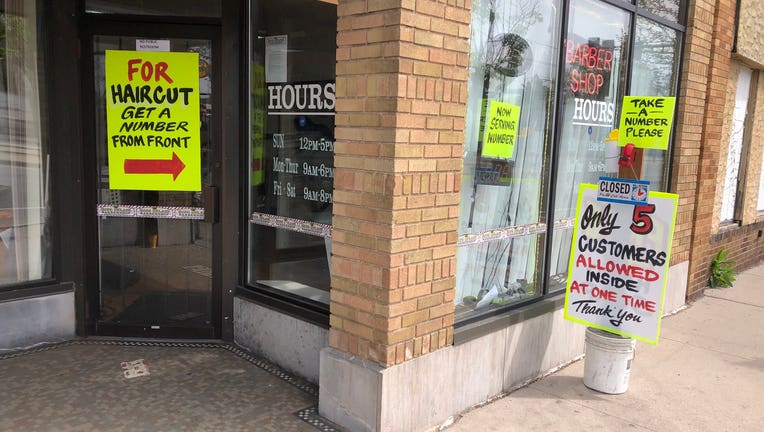 This St. Paul barbershop served about 40 customers this week, openly and publicly violating the Governor's stay-at-home order to prove a point.

In fact, the business says giving haircuts against the Governor’s order was part of the point. Milan Dennie, the owner, said he wanted the government to know that he can do his business safely.

A St. Paul barbershop was ordered to close after it briefly opened despite the stay-at-home order.

At 11:30 a.m. Tuesday morning, the shop gave its last haircut of its brief opening. Quan Chatman was the final customer of the day. The business served about 40 of them throughout the morning before the city of St. Paul forced them to close.

“They provide us masks or gloves and everything,” said Chatman about the experience. “We can sit around and not be infected by other people’s germs.”

Dennie said he came up with a 17-point COVID-19 pandemic business operation plan. 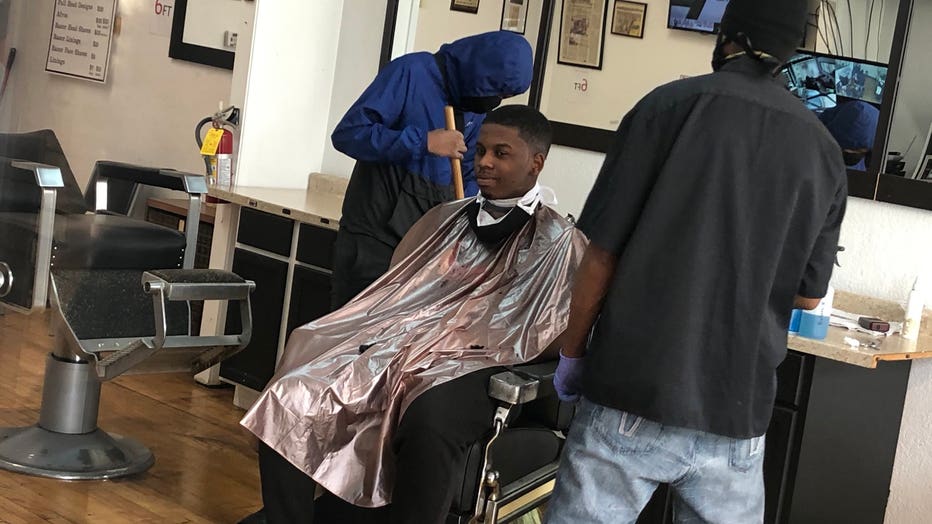 A man receives a haircut against the Governor's stay-at-home order after a St. Paul barbershop opened briefly this week.

The rules include a maximum of five customers inside at one time, social distancing, mandatory face masks and sanitizers and bleach to clean after each cut.

The business says it was ready to go for a May 4 opening after the Governor’s last order expired.

“And then he allowed us to open, but not for services, but to just sell product,” Dennie said. “But I don’t sell product, I sell services, and I know how to do it very well.”

With so much invested and a need for revenue, Dennie opened Monday anyway.

He is frustrated to see grocery and liquor stores stay open with more people and fewer precautions than him.

“I’m not knocking his decision at all,” he said. “I’m asking, why are we not allowed to open in the same fashion and if not better, because we know how to protect. We know how to do this.”

Dennie hopes to meet with the state barbering board to talk about his ideas and hopes legislators can be motivated by his rebellion.

“We’re very eager to get back to work,” he said.

Gov. Tim Walz, in his daily media conference Tuesday, had choice words for businesses who deliberately violate his order.

"I would be a little bit nervous if someone was not listening to the health department and not listening to others and deciding to do on its own," he said. "Yelp has a way of making those types of things come back."