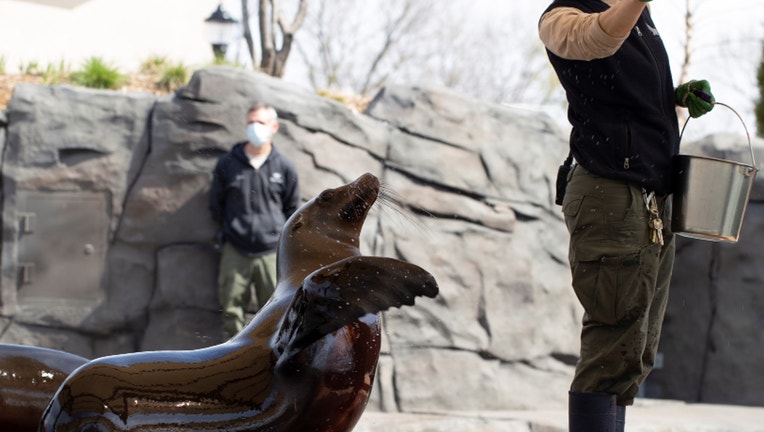 The Sparky Show, featuring Sparky the sea lion, will return to the Como Zoo this May.  (Como Zoo)

ST. PAUL, Minn. (FOX 9) - The popular Sparky Show at the Como Park Zoo and Conservatory is coming back.

After a four-year hiatus, Sparky will make her debut on May 7 in the twice-daily Sparky Show at the St. Paul zoo.

The Sparky Show got its start in 1956, becoming a beloved Minnesota tradition teaching people about seals and sea lions, as well as conservation efforts.

"I, along with many Minnesotans, have wonderful memories visiting Como Park Zoo & Conservatory as a youngster and now take my grandchildren there," Dan Stoltz, president/CEO of SPIRE, the new presenting sponsor of the Sparky show, said in a news release. "I know people of all ages enjoy this regional treasure and will for many years to come. In SPIRE’s mission to improve lives and give back, we are grateful to partner with this wonderful organization."

Como Zoo put a pause on the Sparky Show four years ago so it could reinvent the seals’ and sea lions’ habitat, which led to the $21 million Como Harbor. The habitat is in the heart of the zoo and boasts modern updates to improve the comfort of visitors and expand opportunities for people to engage with the animals, the zoo says.