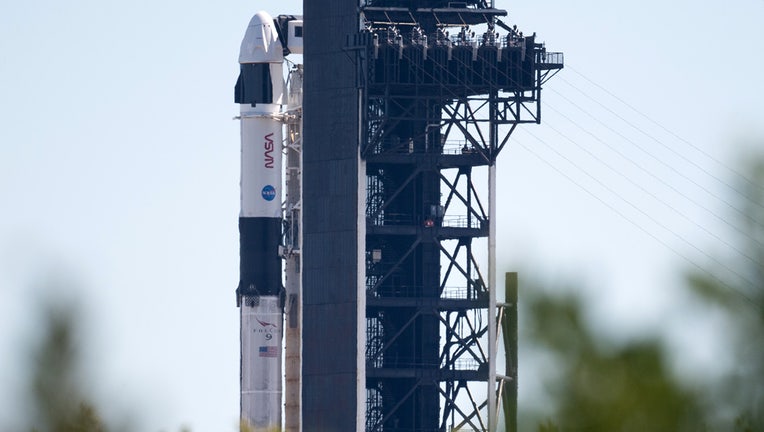 A SpaceX Falcon 9 rocket with the company’s Crew Dragon spacecraft onboard is seen on the launch pad at Launch Complex 39A as preparations continue for the Crew-3 mission, Sunday, Oct. 31, 2021, at NASA’s Kennedy Space Center in Florida. Photo credit

CAPE CANAVERAL, Fla. - SpaceX’s next crew flight is off until at least next week, as NASA debates whether to bring astronauts back from the International Space Station before launching their replacements.

NASA said Thursday that the astronaut — whom they’re not identifying — should be fine before a possible launch attempt on Monday. But NASA may opt to first bring home the four astronauts living at the space station since April. The soonest they would return in their SpaceX capsule is Sunday; that would further postpone the next crew launch.

"The weather in November can be especially challenging, so our goal is to move forward on the plan with the highest probability of mission assurance and crew safety," NASA’s commercial crew program manager, Steve Stich, said in a statement.

The U.S.-German crew should have rocketed to the space station last weekend, but poor weather along the flight path pushed the flight to Wednesday. But then one of the astronauts was sidelined for undisclosed medical reasons, and the launch was bumped to this weekend. But with more bad weather anticipated, SpaceX and NASA called it quits until next week. 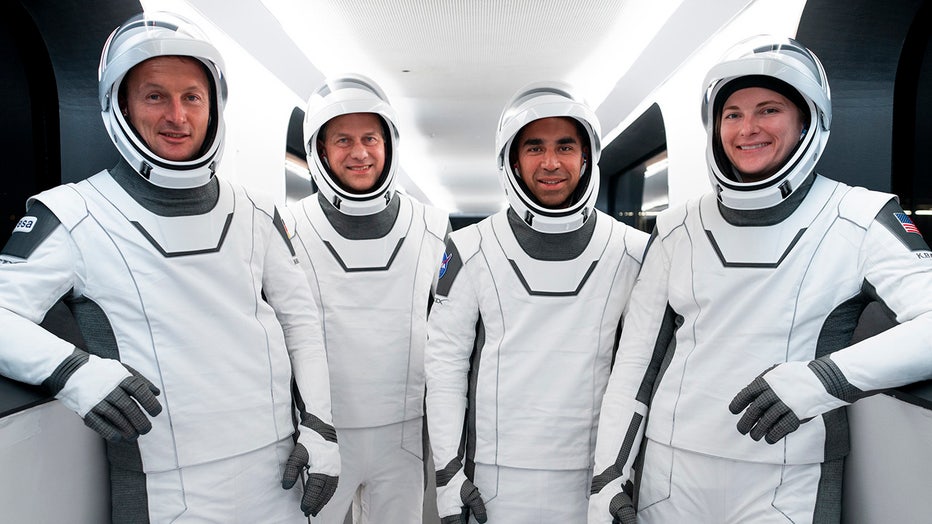 NASA’s SpaceX Crew-3 astronauts participate in a countdown dress rehearsal at the agency’s Kennedy Space Center in Florida on Oct. 28, 2021, to prepare for the upcoming Crew-3 launch. From left are Matthias Maurer, with the European Space Agency, and

NASA said managers will make a final decision soon on whether to prioritize the launch or splashdown, based on weather. They’re also reviewing how many days would be needed between the two events.

Also factoring into the equation is the amount of time a SpaceX capsule can remain in orbit before its systems are degraded. The company’s Dragon capsules are designed to spend 210 days aloft; the one up there now logged day 195 on Thursday. Additional analysis could extend the acceptable amount of time, according to NASA.

If the four astronauts come home first, the station will remain occupied by an American and two Russians.