Someone is putting tiny cowboy hats on pigeons in Las Vegas

One local onlooker only has one explanation: “the rodeo is in town.”

LAS VEGAS - Someone in Las Vegas has been putting tiny cowboy hats on the heads of Las Vegas pigeons, and while you might be asking yourself why, one local onlooker only has one explanation: “the rodeo is in town.”

“That’s the only explanation I have,” said Lee. “I saw something red on the pigeon’s head and looked down to these awesome things,” he said.

KVVU reported that a local animal rescue and pigeon advocacy group known as Lofty Hopes has serious concerns about the negative impacts the hats will have on the pigeons.

"At first, I was like, oh my God that's cute!” Mariah Hillman told KVVU. "Then, I was like, wait a minute – how did they get those hats on there?“

Hillman runs the animal advocacy organization, whose slogan is, “a pigeon positive movement.”

While the identity of the person putting the hats on the pigeon remains unknown, Hillman told KVVU her organization is on a mission to track down the birds and remove their hats. 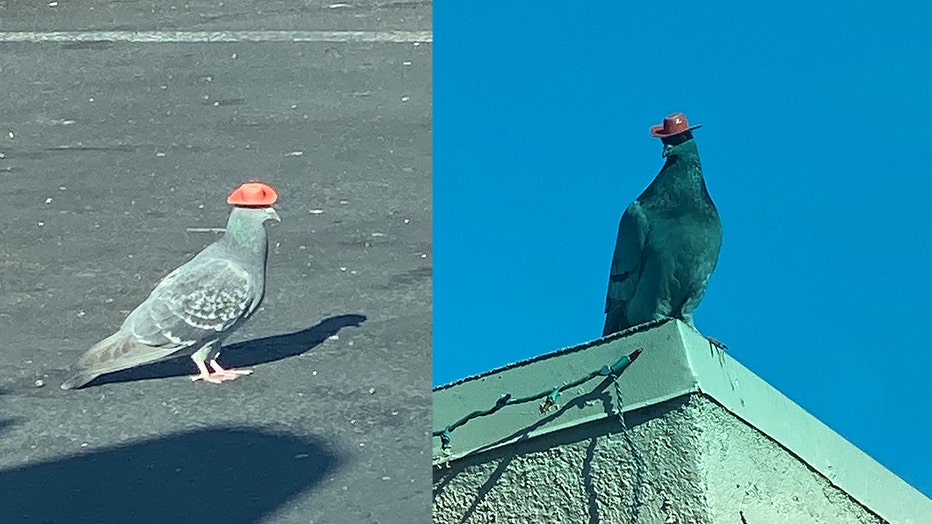 "Did they glue them? And what does that mean for them?” Hillman said. "Is it something that's going to impede their flight or attract predators?“

Lofty Hopes shared a video from the Facebook page Las Vegas Locally on Monday of a few pigeons wearing the cowboy hats, asking anyone who has seen any to call the number posted on their page.