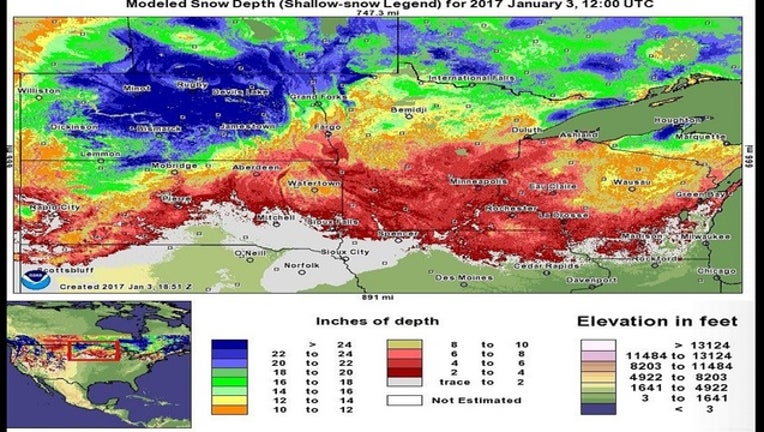 KMSP - With the warmer temperatures and the rain comes dwindling snowpack for many areas of Minnesota.  While parts of the Canadian border are hanging onto some pretty decent snow, about the southern three quarters of state have pretty lackluster depth.  In many cases in the metro, it’s 3 inches or less.  Even isolated parts of southern Minnesota have zero snow on the ground.  But if you look to the northwest, the combination of 3 different large storms and the persistent cold, parts of North Dakota have well over 2 feet of snow depth.  In fact, it’s been one of the snowiest seasons so far to date in North Dakota history with Bismarck nearly top 4 feet of snow for the season.  That’s more than double what the metro has seen so far.  Granted, things can change and there is plenty of snow season left to go, but even the usual feast or famine nature of snowstorms is even more lopsided than usual to start the year.