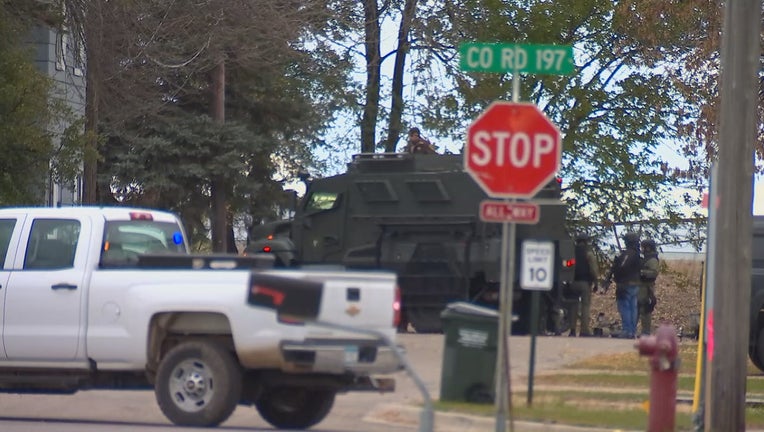 According to the Stearns County Sheriff's Office, law enforcement agencies responded shortly after 10 a.m. for the report of a woman who had been stabbed at a home on the 100-block of Washburn Avenue.

When police and deputies arrived, they set up a perimeter and learned the victim of the stabbing was still inside the home with the suspect.

After negotiation, deputies say they were able to get the victim "released" from the home. She was taken to Paynesville Hospital with what deputies say are non-life-threatening injuries.

For the ensuing hours, deputies say they continued negotiations with the suspect until about 6 p.m. when they say the man ultimately came out and was taken into custody without incident.

The investigation into the incident is ongoing, deputies say.