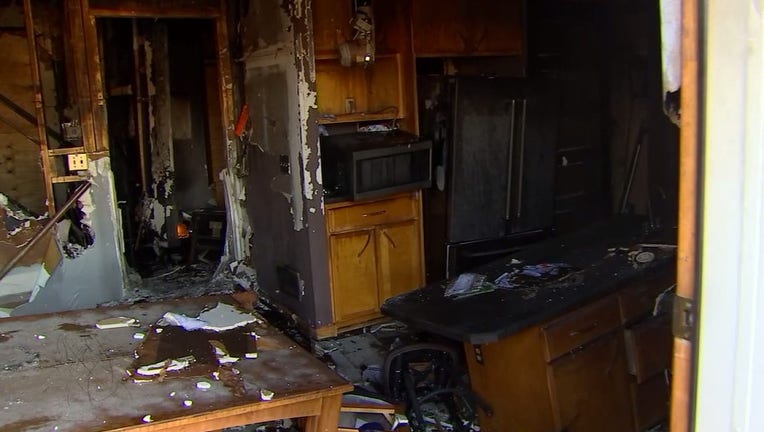 A family recovers after their home was destroyed in a fire. Luckily, the people inside heard the fire alarms and got out in time.

(FOX 9) - Minnesota nurse Heather Berndt was working at her area hospital last Tuesday when she took a phone call from her husband, Keith, that changed their lives forever.

“That phone call was 13 seconds. And I grabbed my purse, I ran to tell the charge nurse on my floor that I am leaving, and the drive home from Burnsville was the longest I ever had.”

Shakopee family warns others after losing house in fire

A Shakopee, Minnesota family is warning others after they lost their home in a fire. Luckily, they heard the smoke alarms going off.

What she arrived home to was a nightmare, as flames tore through the house they built and lived in for over two decades. Nearly a week later, they still haven’t found their daughter’s cat.

“Everything, everything. I mean, we’ve pulled out a few things, but most isn’t salvageable.”

Keith was sleeping at home, quarantined to a bedroom after a positive COVID-19 diagnosis. That’s when the blaze ignited. Keith said that if not for working smoke detectors inside, he absolutely believes he would not have made it out alive.

Keith raced around the house to make sure their son had made it out safely. Along the way, Keith spotted smoke and flames coming from the air exchanger and figures that was the likely cause.

Shakopee’s fire marshal confirmed the fire started in the home’s mechanical room where the exchanger was plugged in to regulate air quality. But, the marshal said a final determination needs to come from state investigators.

“The thought of something mechanically failing that bad, that drastically, scares the death out of me,” Keith said.

The Berndts shared their story to make sure others check the safety of their home’s mechanics and to test those smoke detectors as families gather for the holidays.

As for Heather, she is conflicted, tending to her family’s needs while worried about her co-workers struggling to keep up with the surge in COVID-19 patients.

“Since this happened, I have not been back at work. Part of it is a guilt feeling, right? You feel like you need to be there and help support your team. But, they are very gracious, saying take all the time you need. Yet as a nurse, that’s hard to do because you’re always giving, always doing for others. And to take it for yourself is not normal.”

A Gofundme effort to help the family recover has so far raised nearly $16,000.