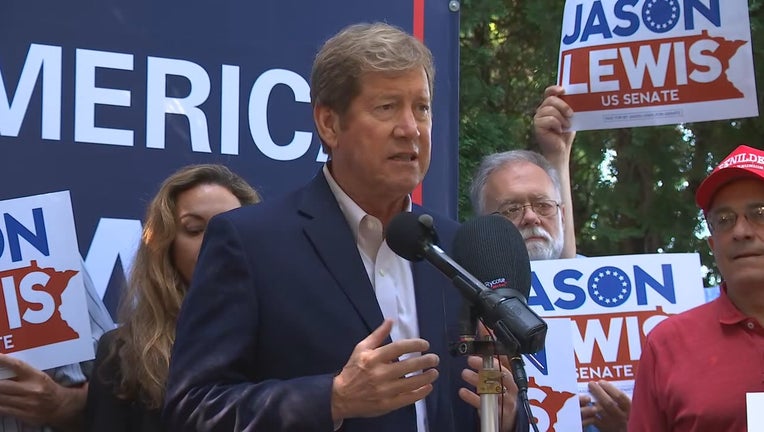 Lewis filed the lawsuit in federal court Tuesday, a campaign spokeswoman said. In the lawsuit, Lewis says he's prevented from holding campaign rallies, speeches or dinners because of the restrictions. Lewis is running against incumbent Democratic U.S. Sen. Tina Smith.

Under the governor's orders, all candidates would face the same restrictions.

Lewis has made Walz's orders a central theme to his campaign. He's been on a "Reopen Minnesota" RV tour over the past month against Minnesota's restrictions and business closures, which are similar to those imposed by other states, including neighboring Wisconsin.

Walz's restrictions did not stop Lewis from attending a rally outside the governor's residence last month to protest the restrictions. He drove through in his campaign RV, then got out to shake hands and do interviews.

Teddy Tschann, a spokesman for Walz, said the governor's actions have been in line with federal guidance.

"All of the governor’s actions have been grounded in the need to protect the health and safety of Minnesotans, and he will continue to work to find ways to get Minnesotans back to work and to a place where they can safely gather in large groups," Tschann said in an emailed statement.

Lewis is the first political candidate to sue Walz over the restrictions. Church and business groups have filed lawsuits in federal and state court, respectively.

More than 700 people have died from the coronavirus in Minnesota, according to state health data.