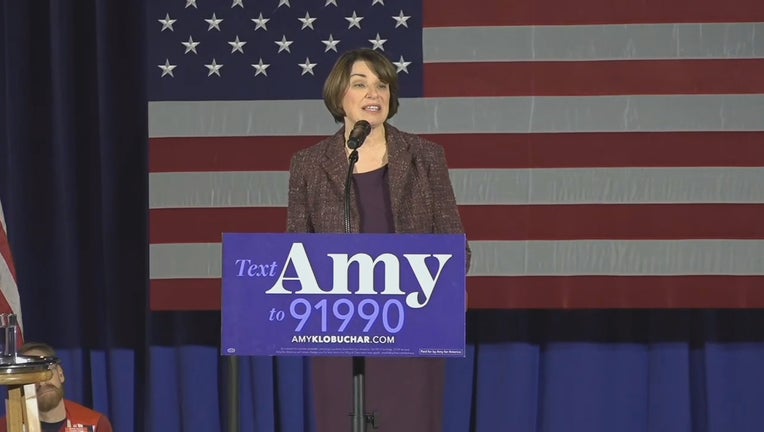 Klobuchar made her final stops Friday in Emmet, Kossuth and Humboldt counties before speaking in Des Moines. Over the past four days, Klobuchar visited a total of 27 counties on a bus tour across the state.

"It was a statement of purpose for me," Klobuchar said. "I believe we need someone as president who's going to be president for not half of America but all of America."

Klobuchar has been working to seize momentum following the last Democratic debate where she showed what many considered to be her best debate performance.

According to Real Clear Politics poll averages, in the past month, Klobuchar has seen a slight bump in the Iowa polls. However, nationally, she still remains behind bigger names like Joe Biden, Elizabeth Warren, Bernie Sanders, and Pete Buttigieg.

The Iowa caucus is set for Monday, February 3.