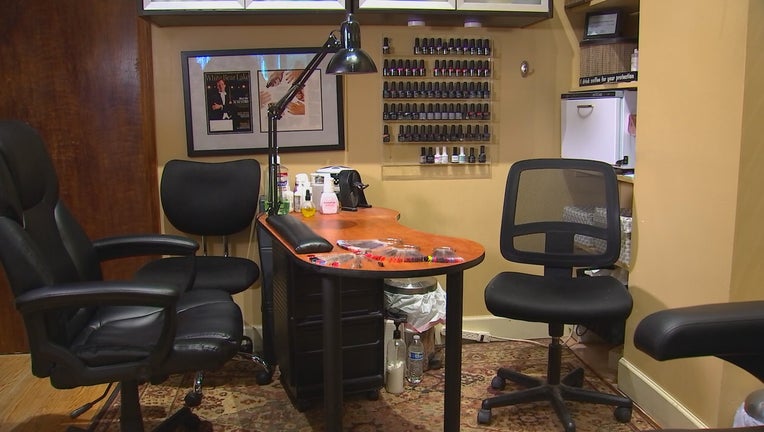 A chair at Mixx Salon remains empty amid the closure. (FOX 9)

ST. PAUL, Minn. (FOX 9) - Those who are self-employed or independent contractors are encouraged to sign up for the state's unemployment insurance, even though they may initially be denied, according to the commissioner of the Minnesota Department of Employment and Economic Development (DEED).

Under the Coronavirus Aid, Relief and Economic Security (CARES) Act, those who are self-employed and otherwise would not qualify for regular unemployment can receive aid. Commissioner Steve Grove says it's important for those who are impacted to sign up for unemployment insurance while the state waits for more guidance from the federal government on how to make the payments.

"If you are a self-employed individual or independent contractor - no time like the present to apply now," said Grove. "Don’t be dismayed by the denial letter you get because that is the natural way [unemployment insurance] works today, but getting yourself in the system means you’ll be ready to go."

The CARES Act also created the Federal Pandemic Unemployment Compensation program, which provides an additional $600 to those receiving unemployment. Grove says he is still waiting on federal guidance on how these payments will be issued as well.

Grove says Gov. Tim Walz's new executive order 20-09 will help streamline the unemployment application process. Now, DEED is no longer required to delay benefits for people who are taking vacation, sick day or personal time off when they apply for unemployment.

Grove called it a "critical move" because it will allow for 45,000 otherwise qualified people to move through the application queue.

More unemployment applications than all of last year

During the daily COVID-19 update Monday, Grove said his office has processed the initial weekly payment for more than 90 percent of new or reactivated applications since March 16.

"Yet the numbers continue to climb as you’d continue to expect," said Grove. "We are now at 120,000 more applicants for unemployment insurance in the last three weeks than we had in all of 2019, so it’s a pretty unprecedented volume."