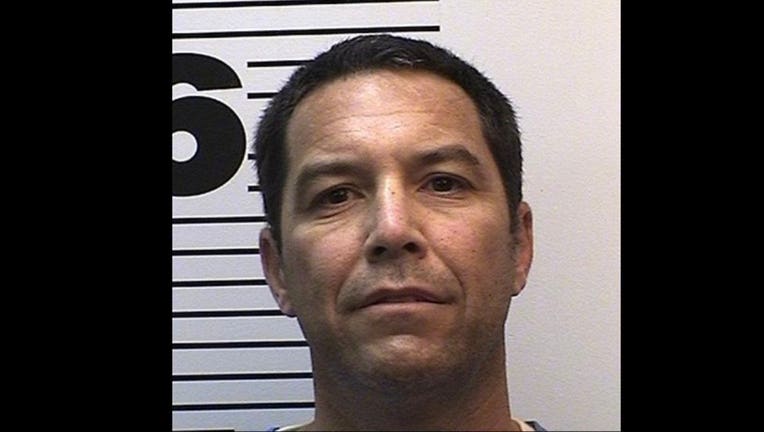 A new photo of convicted killer Scott Peterson was released by the California Department of Corrections as Peterson was transferred to a San Mateo County jail in November 2021. He is set to be resentenced to life in prison without parole for the 2002

Convicted killer Scott Peterson is set to be resentenced to life in prison on Wednesday for the murder of his pregnant wife Laci and their unborn son.

Peterson, now 49, had previously been convicted in 2004 and sentenced to death for the slayings. But last year, California’s Supreme Court last year tossed out the death sentence while allowing the murder convictions to remain in place. The reason for overturning the death sentence was that Supreme Court found that the trial judge wrongly excluded potential jurors who opposed the death penalty, but said they would follow the law and impose it.

That means that on Wednesday, Peterson will be in a San Mateo courtroom to receive a life sentence without the chance of parole for the brutal crimes.

Laci was eight months pregnant with Connor when Peterson killed them on Christmas Eve 2002, prosecutors said. Using his fishing boat, he dumped their bodies into the San Francisco Bay where they were found months later.

Judge plans to resentence Scott Peterson to life this fall

The Petersons lived in Modesto, but due to the relentless publicity around the search for Laci, the trial was moved to San Mateo County.

Peterson had recently been transferred back to a San Mateo jail from San Quentin state prison, to prepare for Wednesday’s resentencing.

The resentencing began at 10 a.m. Viewers were able to watch the proceedings via San Mateo County Superior Court’s YouTube.

The hearing may be emotional as some personal statements will be read aloud.

Peterson, however, still maintains his innocence and his attorneys are trying to get him a new trial. They have argued that a juror involved in the original case was untruthful when filling out a questionnaire about the case.

San Mateo County Superior Court Judge Anne-Christine Massullo, who will preside over the resentencing on Wednesday, has scheduled a hearing for February for arguments about the juror.