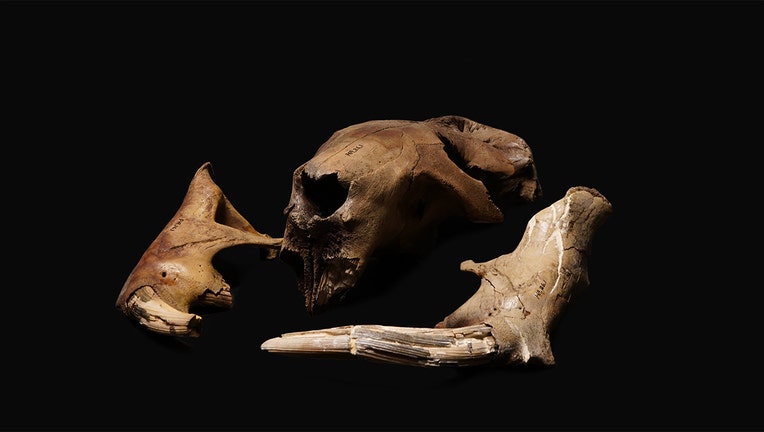 ST. PAUL, Minn. (FOX 9) - After weeks of public voting, the results are in: The Science Museum of Minnesota will be submitting the giant beaver to the state Legislature to become the state fossil.

The giant beaver, Castorioides ohioensis, probably looked similar to a modern beaver with the exception of its size, according to the museum. Weighing in at over 200 pounds, the giant beaver was the size of a small bear.

Will it be the giant beaver? Or the mammoth? Help choose Minnesota's state fossil

The Science Museum of Minnesota is working to get a state fossil adopted by the legislature. Learn about the nine candidates and how you can vote to make your voice heard.

The fossils have been found in the Twin Cities and southern Minnesota. Evidence suggests the giant beaver lived in the area from about 2.58 million years to 10,150 years ago.

The title of state fossil is not a done deal yet. State lawmakers now need to consider the giant beaver and vote to make it the official state fossil.

Minnesota is one of only seven states without a state fossil, but not for lack of trying. The giant beaver was first suggested as the state fossil in 1988, but it did not make it through the legislative process. This time around, museum officials are confident the public voting process will help the fossil get approved.

If you want to see a giant beaver fossil for yourself, the science museum has a specimen on display that was found in St. Paul.