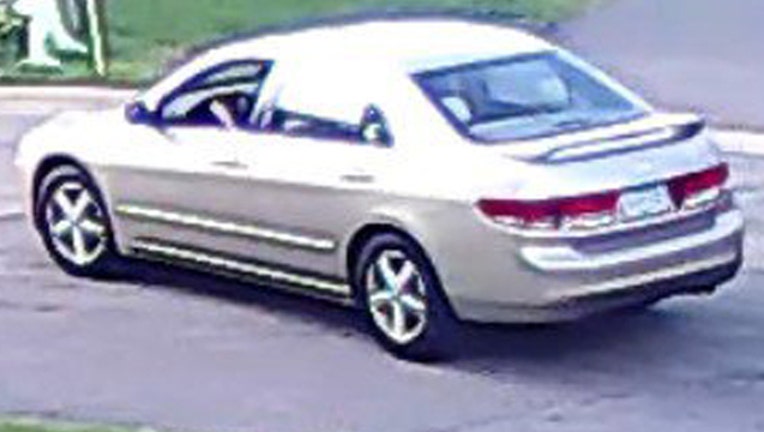 Roseville Police are looking for the driver of this car who tried to lure a child away from the curb in front of their home into his car. (Roseville Police)

ROSEVILLE, Minn. (FOX 9) - UPDATE: Police said Thursday evening they had identified the vehicle that approached the child and determined it was just a neighbor checking on the child.

Roseville Police are asking for the public’s help after an attempted child luring incident Wednesday evening.

According to Roseville Police, a suspect they believe to be between 18 and 20 years old stopped his car and asked a child if they wanted to go for a ride in his car. When the child refused, the suspect drove off. The child immediately told their father what had happened.

The incident occurred at 5 p.m. Wednesday on the 1700 block of Eldridge Avenue in Roseville.

A neighbor’s surveillance camera captured video of the suspect’s vehicle, which is a lighter-colored four door sedan, which authorities believe to be a 2004 Honda Accord or something similar.

The suspect is described as a white male, between 18 and 20 years old and having red hair and pale skin.

Anyone with information is asked to call Detective Crystal Jones at 651-792-7277.

Other neighbors in the area are asked to come forward if they have any more surveillance footage.