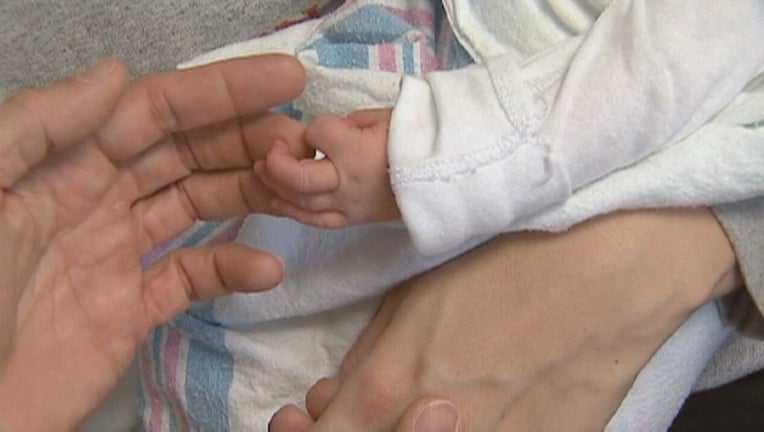 RIVER FALLS, Wis, (FOX 9) - A hospital located in western Wisconsin has delivered babies for more than 30 years, but come April, the birthing center at River Falls Area Hospital will shut its doors.

Nestled on the edge of western Wisconsin, River Falls is a community with small town charm.

“I could have gone to a bigger hospital with the most recent technology, but there was something special about the River Falls birthing center,” said Jess Rein, a mother.

Rein and her husband have lived in River Falls for more than seven years. Three of their four children were born at River Falls Area Hospital.

“It was so nice, especially in my future deliveries to know that the River Falls clinic was six minutes away and we can get there,” she said.

But now, the birth center at the hospital is preparing to close.

“I just think that it’s a tremendous loss for this town and for the families and for the women here,” said Rein.

The hospital announced the closure earlier this month, citing the end of a partnership with a Hudson, Wisconsin physicians group, which provided the doctors that delivered babies there for several years.

“It’s not easy to do something and make a decision like that when you have been delivering babies in a hospital for over 30 years,” said River Falls Area Hospital President Helen Strike.

Strike says that over the past 15 years, deliveries have been on a steady decline. In 2006, 270 babies were born there and the number fell to its lowest in 2018 with 83 babies.

“I think around maternity care it has to do with two things: the dropping birth rate for sure [and] where people are choosing to live,” said Strike.

“Absolutely, there is a maternal health crisis in the United States,” said Dr. Katy Kozhimannil, a professor at the University of Minnesota School of Public Health.

Dr. Kozhimannil has been conducting research on rural maternity care for nearly 10 years.

She says that between 2004 to 2014, nine percent of all rural counties in the country lost hospital-based obstetrics services. Many hospitals she says decided that the risks of operating birth centers were financially or clinically too much to bear.

“The thought of us not being able to have that fifth child of ours at the River Falls clinic is really, really upsetting,” said Rein

Rein is now weighing the alternatives.

“I think our option now would be to have the baby in Hudson, which is 20 minutes from here, or potentially Baldwin or depending on insurance, maybe Woodbury or the Twin Cities,” she said.

“I think that’s one of the concerns of the community, how will River Falls survive?” said Strike. “And we have a huge commitment here in the community and we’ll be here for the long run.”

U of M researchers say as a result of these closures, there could be an increase in emergency room births and out-of-hospital births.

Rein says that she nearly had a baby on the side of a road. It's a situation that she's hoping to avoid.