CHICAGO - It’s not a spoiler to say there’s a mystery at the heart of "Don’t Worry Darling." This psychological thriller begs you to question what’s actually going on with dazzling housewife Alice Chambers (Florence Pugh) and her doting husband Jack (Harry Styles) who live a picture-perfect, party-forward life in a mid-century suburban oasis known as Victory. "Stay here, where it’s safe" is the one directive given to the women of Victory, as their husbands drive off each morning to work on the "development of progressive materials" under the leadership of the community’s cultish founder Frank (Chris Pine).

Except Jack won’t tell Alice what the "Victory Project" actually does; she sometimes cracks open eggs only to find them empty; and a former friend is in the throes of a nervous breakdown about the very nature of reality. Clearly all isn’t right in the state of Denmark — or Victory, California.

"Don’t Worry Darling" works well enough as a pure premise, if only because director/co-star Olivia Wilde clearly relishes the chance to go full-tilt arthouse visionary after the success of her more grounded debut feature, the excellent teen buddy comedy "Booksmart." The trouble is that once the answers are finally revealed, they’re so underbaked and poorly explored that they wind up coming across as confusing at best and downright silly at worst. Suddenly all that time spent teasing out what’s actually going on at Victory just feels wasted. Dressed up like a feminist commentary with something important to say, "Don’t Worry Darling" ultimately winds up feeling as empty as one of Alice’s eggshells. 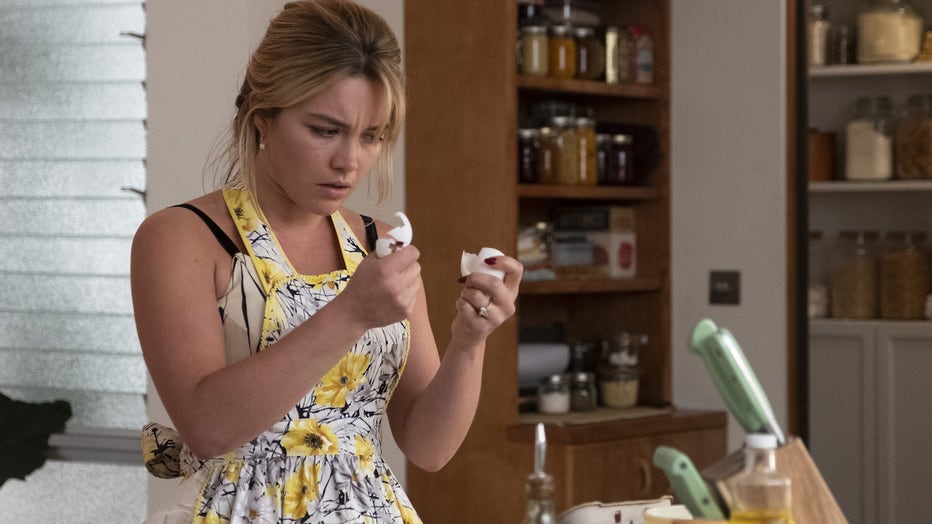 Of course, "Don’t Worry Darling" certainly isn’t alone in the "pretty but empty" vein of psychological thriller filmmaking. In fact, it shares a lot in common with Edgar Wright’s recent swinging-sixities thriller "Last Night in Soho," which similarly struggled to balance its stylish visuals with meaningful feminist storytelling. But "Don’t Worry Darling" is perhaps even more of a cultural curio because a) it’s the first big launch of Harry Styles as a leading man and b) its press tour has been filled with seemingly non-stop drama (much of it related to Styles himself). 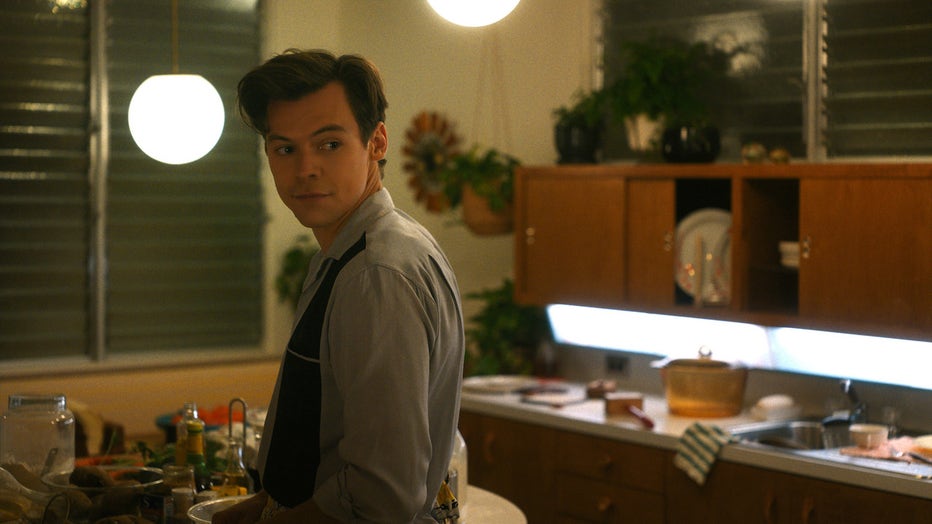 Unfortunately, Styles is one of the film’s biggest problems — not because he’s an uncharismatic screen presence (the man has magnetism to spare), but because he’s disastrously miscast in this role. As written, Jack is a figure of complex duality; a man who in some ways prioritizes his wife’s pleasure and autonomy, and in other ways seems to seek to control her. In order for the tension of the film to work, Jack’s alluring exterior needs to have at least the potential for cruelty behind it. But in Styles’ hands he never feels like more than an innocent puppy dog playing dress-up.

WATCH FREE ON TUBI: "Harry Styles: My World" — get the app

That leaves it to Pugh to carry the film, and it’s a testament to her talents that she nearly does. Like Styles, Pugh has an inherently magnetic screen presence, even when Alice is just goofing off at a cocktail party. But Pugh also has the skill to project layers of complexity behind Alice’s glamorous housewife exterior. As happy as Alice is to spend her days cooking and cleaning or gossiping by the pool, she also has a steely resolve when it comes to investigating the inconsistencies Victory would clearly prefer she ignore. Pugh’s captivating performance as a determined woman on the edge remains a much-needed anchor as the film slowly starts to capsize. 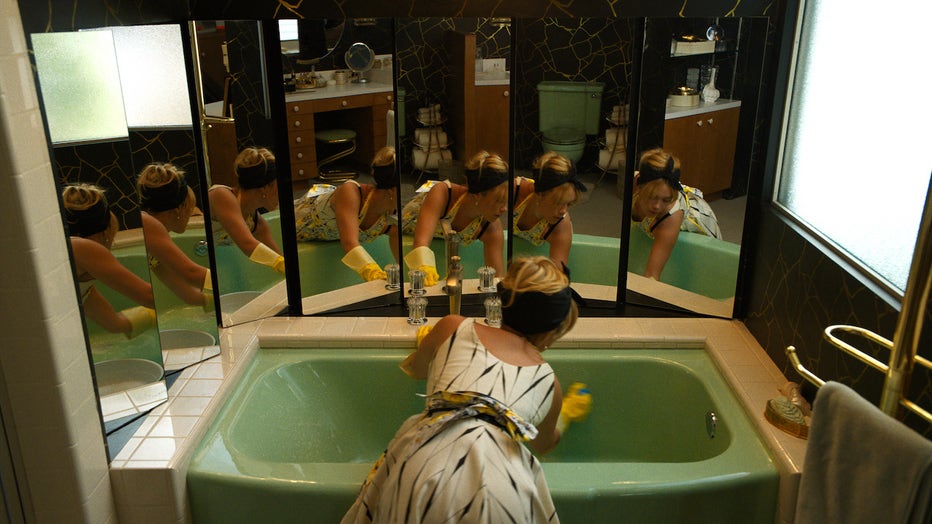 For a while, at least, that downward spiral is fun to watch. Visually speaking, Wilde’s richly saturated film is filled with striking imagery, like Pugh shrouding her head in plastic wrap or a sliding wall slowly pinning her to a window as she cleans. In the end, however, "Don’t Worry Darling" winds up feeling more like a collection of cool music video visuals than a cohesive film. Like its oppressive wall-to-wall score, "Darling" just plays the same notes over and over again, teasing its mystery from the very beginning yet withholding any real answers until it’s too late to actually explore their impact.

What’s left is all style and no substance, which wouldn’t be such a problem if the movie weren’t also seemingly so convinced that it has something important to say. The themes of "Don’t Worry Darling" revolve around patriarchy and power — not just in terms of mid-century conventionality but as it relates to contemporary life too. When does a paradise become a prison, and how do we gain the perspective to see which one we’re in? Who can be trusted in a society that rewards loyalty to patriarchal structures above all else? And what do men really want from the women they marry? 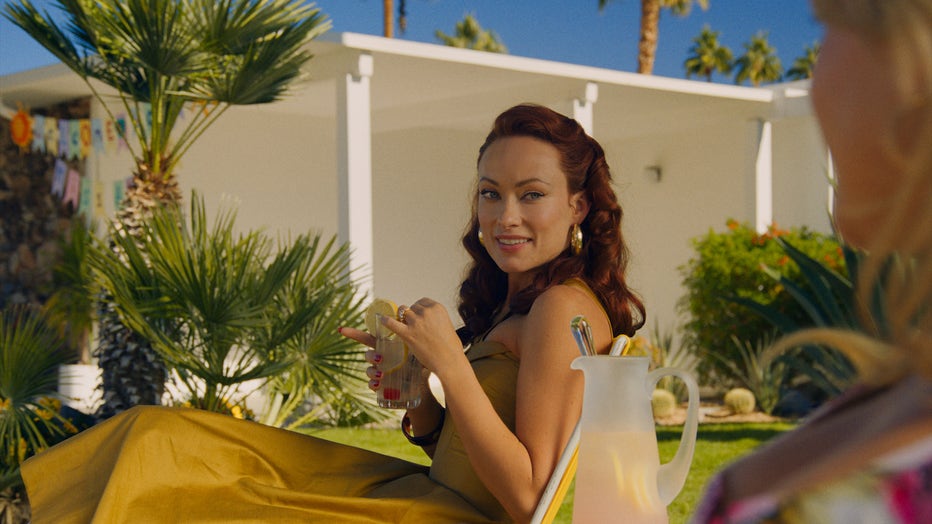 They’re questions that might’ve felt revolutionary in, say, 1975 — the year "The Stepford Wives" (an obvious influence on Wilde’s film) was released. But in 2022 they come across as simplistic and totally lacking in nuance. In the end, "Don’t Worry Darling" is underwritten, unevenly acted and over-directed. Maybe if it had spent more time on its answers than its mysteries, this "Twilight Zone"-esque tale could’ve explored new angles on its familiar themes. As is, "Don’t Worry Darling" just feels stuck in the past. 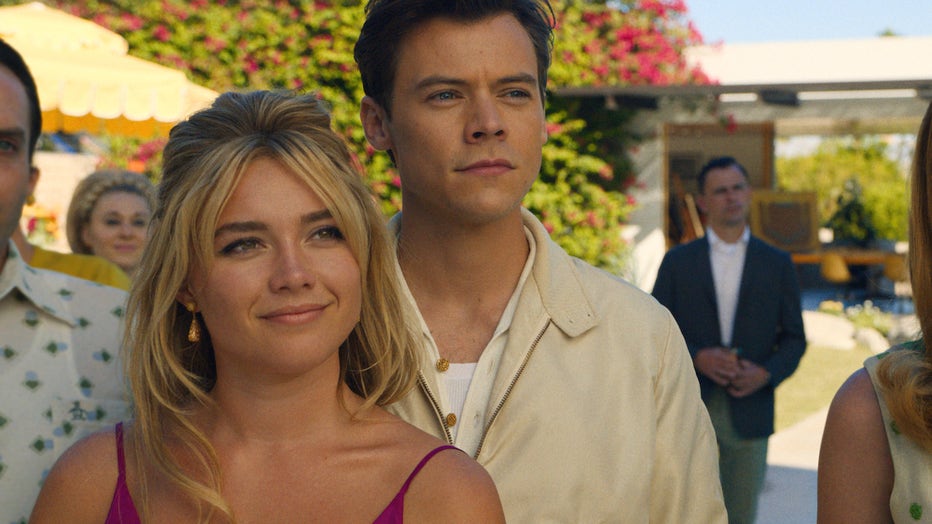 Make it a double feature with "The Stepford Wives," streaming free on Tubi

The Stepford Wives (1975): Even if you’ve never seen this 1970s horror cult classic (or the much-maligned 2004 Nicole Kidman remake), you’re probably familiar with its central premise: A picture-perfect suburban community where all the wives are docile and subservient. New-to-town photographer Joanna Eberhart (Katharine Ross) is our entry point to the mysterious town of Stepford and its titular wives. And what she finds there offers a pointed message about the pitfalls of patriarchy. (And yes, skip the remake.) Rated PG. 114 minutes. Dir: Bryan Forbes. Featuring: Katharine Ross, Paula Prentiss, Peter Masterson, Tina Louise, Franklin Cover.

"The Stepford Wives" is streaming free on Tubi — get the app

How to watch "Don’t Worry Darling"

"Don’t Worry Darling" debuts in theaters nationwide on Sept. 23. It is not currently available to stream.