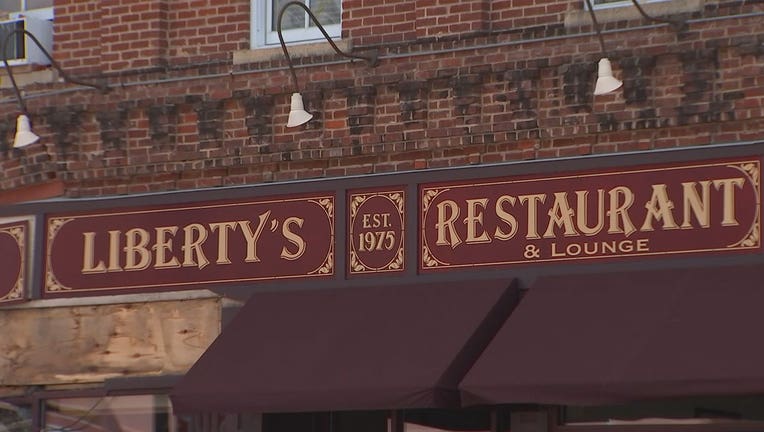 Liberty's Restaurant was hit and damaged by a drunk driver last year. Wednesday, its facelift was unveiled.

RED WING, Minn. (FOX 9) - A Red Wing restaurant built in 1872 unveiled a major face lift on Wednesday after being seriously damaged by a suspected drunk driver in Sept. 2020.

Liberty’s Restaurant & Lounge is a "go-to" spot in Red Wing, but the beauty of the historic landmark had been hidden behind a tarp for months.

"We kind of lost the historic face of Liberty," Joe Bigalke said.

It happened on Sept. 2; a day Libery's owner Douglas Noreen will never forget. Noreen’s building suffered a partial collapse after a driver put a hole in its corner, causing about $1.6 million in damage.

It sat that way for months, covered by a tarp, as inspectors and engineers figured out what to do next, and the Red Wing community came together.

"Everyone’s backing me up, supporting as far as financial donations stuff like that," Noreen said. "But also phone calls, emails, texts just pouring in."

On Wednesday many in town showed up to celebrate at a reconstruction reveal party, where the tarp finally came down.

"I seen it when it fell down, it was very sad, and it’s unbelievable," one man said. "[Now] it looks like nothing ever happened."

"It’s absolutely beautiful, I’ve lived in this town for a really long time and it’s so nice to see this back," a women added.

The project’s completion is expected by June 18.