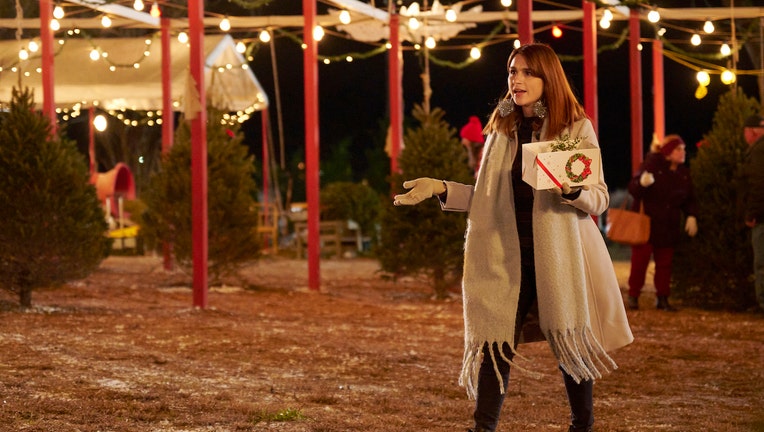 Chicago - Welcome back to "Welcome to Flatch" recaps! In this special one-hour season finale, "Pyramid Scheme" and "Merry Flatchmas," Kelly’s Aunt Lola comes to visit, and Kelly accidentally gets involved in a green juice pyramid scheme. Meanwhile, Father Joe helps Shrub get into college. Next, Kelly’s father puts her in charge of the Flatch Christmas celebration, and disaster ensues involving a holiday gift exchange, a fire and Shrub breaking some news to Kelly. Just starting the show? Here’s our recap of the premiere. Ready to binge? The show’s first season is now streaming on Hulu.

Welcome to the "Welcome to Flatch" season finale! These final two episodes are a sweet holiday treat to end this winning freshman comedy series (which has already been renewed for a second season). There’s a kiss, a pregnancy, a college acceptance letter and a green juice scam — not to mention a flaming Christmas tree. Taken together, "Pyramid Scheme" and "Merry Flatchmas" put a lovely bow on this season’s ongoing storylines. So let’s dive into one last round (for now) of "Welcome to Flatch," and those endearingly aimless cousins Kelly (Holmes) and Shrub Mallet (Sam Straley). 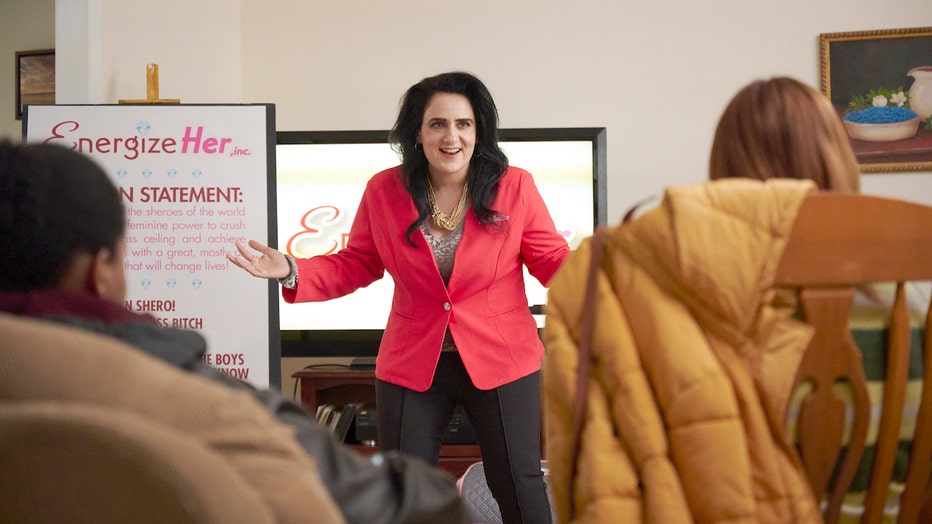 "Pyramid Scheme" adds another kooky relative to the mix when Kelly’s cool aunt Lola (Artemis Pebdani) rolls into town in her baby pink car. And it turns out this is where Kelly gets her hustle culture spirit from. "Welcome to Flatch" hilariously skewers the world of pyramid schemes — er, sorry, multi-level marketing schemes — as Lola sets about trying to recruit her next set of "EnergizeHer" customers in Flatch.

The show specifically satirizes the way health/wellness MLMs lean into hollow "girlboss" feminism and female insecurity to hawk their products, which in this case is a disgusting-tasting green juice. Or, as Lola puts it, "Hey Kelly, why don’t you pass out some samples of She-Shake so everybody can see what the amazing power of female solidarity tastes like."

RELATED: "MasterChef" returns! Here’s what you missed in the premiere

Hey, at least Lola has the decency not to let Kelly get too deep into the scam. Though Lola agrees to give Kelly a trial run as a saleswoman, she doesn’t let her niece go all-in on fully joining the MLM. Which is probably for the best as Kelly’s sales techniques leave a little to be desired.

Kelly does manage to guilt Father Joe (Seann William Scott) into buying the juice, however. (Yeah, Father Joe doesn’t fit the company’s target female audience, but hey, a customer’s a customer, right?) Unfortunately, he soon becomes addicted to the stuff — to the point where his ex-girlfriend (Aya Cash) decides to stage an intervention. 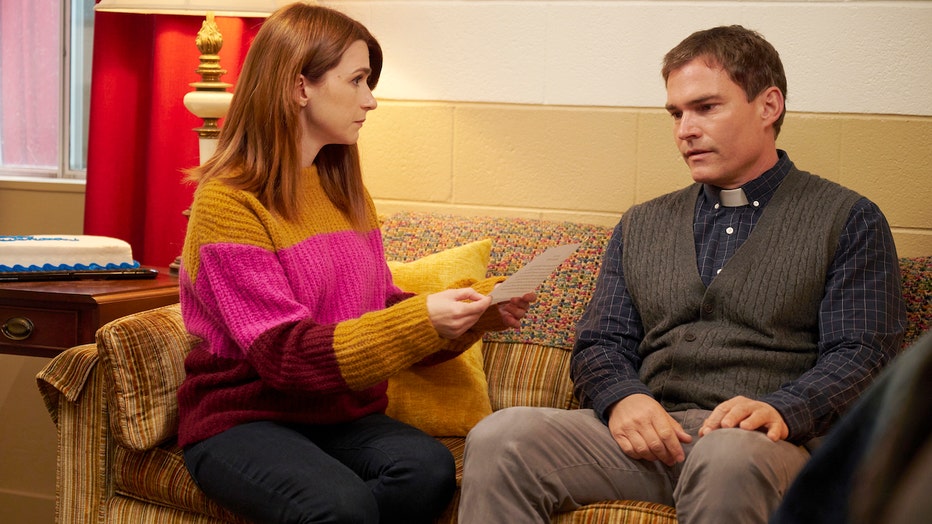 In the end, however, this scene is mostly about bringing Joe and Cheryl one step closer to finally getting back together, as they share two uncomfortably long hugs as the rest of the group watches.

Speaking of Father Joe, his other big storyline this week involves helping Shrub apply to the Cleveland College of the Arts. Shrub is easily the character who’s gone through the biggest transformation this season, growing from an unfocused young man with anger issues to a softer soul learning to embrace his artistic talents. And Straley and William Scott have become one of the show’s best double acts. 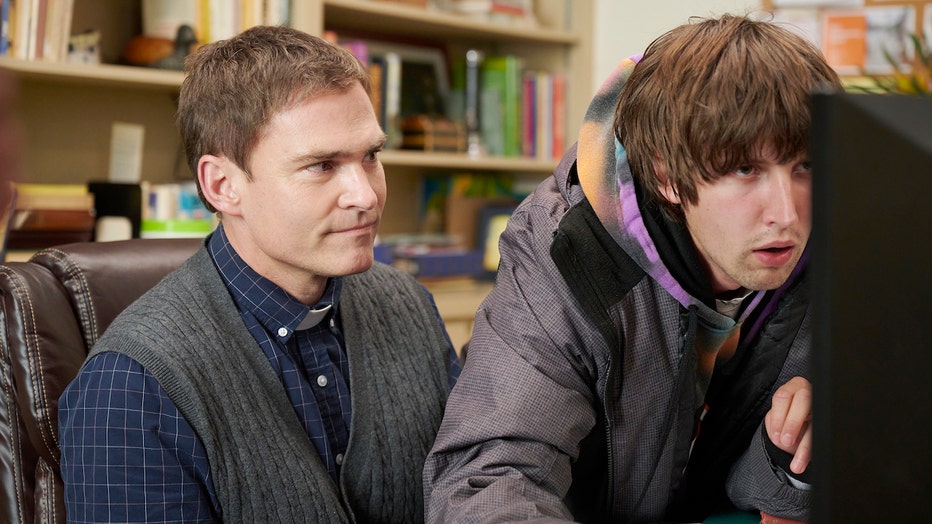 In fact, the duo have never been more charming than they are in the weird yet endearing scene where they celebrate Shrub’s acceptance letter with a massive dance party to Scooter’s techno hit "Nessaja."

RELATED: "So You Think You Can Dance" recap: Arms don’t bend that way

But don’t celebrate too fast. Though Shrub is thrilled to get into college, he’s reluctant to tell Kelly about his plans to move away from Flatch. All of which takes us directly into the season finale...

Rockin’ Around the Christmas Tree

In many ways, "Merry Flatchmas" brings the show full circle back to its premiere. While that episode was set at Flatch’s annual Scarecrow Festival, this one takes place at the Christmas Eve party that Kelly’s dad Bobby (Jason MacDonald) throws each year at his Christmas tree farm.

And the best thing about this finale is that it gives just about everyone in the show’s massive ensemble something to do. Cheryl reaffirms her sweet friendship with Mandy (Krystal Smith) during a Secret Santa gift exchange; Nadine (Taylor Ortega) and her husband Dylan (Kyle Selig) have to stand stock still as part of a live nativity scene; and Kelly gets a promotion from elf to Santa because her dad is too busy with his new family to take on the role this year. 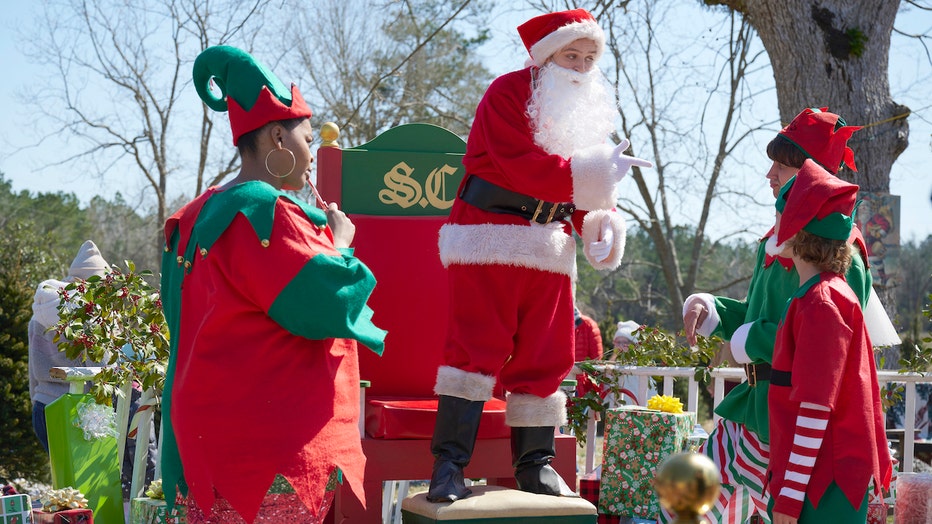 Unfortunately, the power of being Santa quickly winds up going to Kelly’s head, especially once Mandy tries to unionize her elf workplace. And it doesn’t help that Kelly’s dad keeps putting more and more pressure on her without providing any support. Meanwhile, the already stressed-out Shrub is shocked when his ex Beth (Erin Bowles) and his frenemy Mickey (Justin Linville) show up to the party holding hands. All that leads to Shrub blurting out that he’s going to college at the worst possible moment, creating an instant rift between the Mallet cousins.

It’s the Most Wonderful Time of the Year

Don’t worry, though, there’s plenty of sweet to balance out the sour. "Merry Flatchmas" has a bunch of funny running gags — including a great physical comedy bit where Nadine and Dylan struggle to stay still as increasingly dramatic things keep happening right in front of their nativity scene.

And there’s some major action on the romance front too. Beth reveals she’s not actually dating Mickey and gives Shrub a quick kiss under the mistletoe as she tells him she was hoping they would get back together. Even more excitingly, Cheryl and Joe finally rekindle their relationship after she gives him a Bonsai tree ("I love little things I can obsess over!") and he gives her a star. A happy ending for Flatch’s resident will they/won’t they couple? Talk about a Christmas miracle! 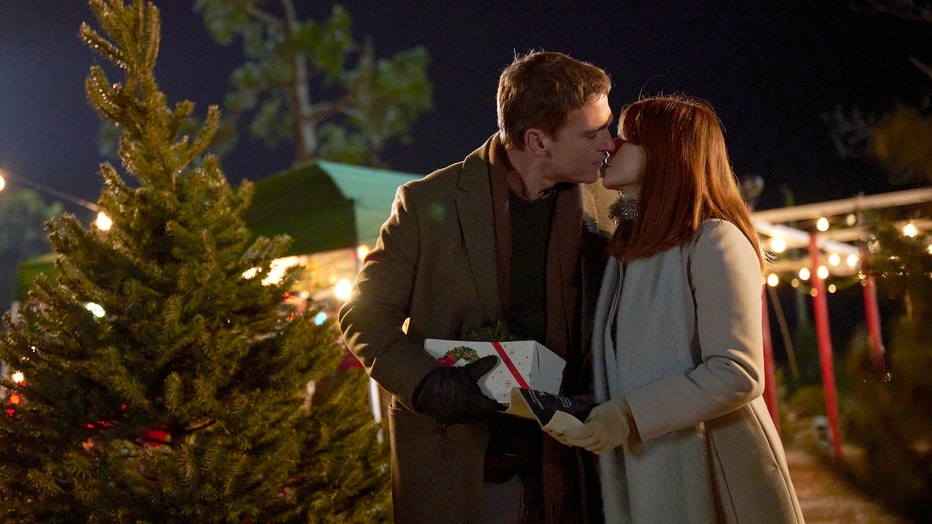 Oh and did we mention that Nadine is pregnant?!? Yes, there’s quite a lot that happens in this "Flatch" finale, and we haven’t even gotten to the biggest stuff yet. (And, no, we’re not just talking about the accidental Christmas tree fire that’s just as big of a hit as those accidental fireworks were in the premiere.)

After a season of being emotionally mistreated by her dad, Kelly finally calls him out on it, at least a little bit. Shrub, meanwhile, does some soul searching and decides he’d rather stay in the comfort of Flatch than reinvent himself at college. The finale ends with the Mallet cousins making amends as Shrub explains he’s going to take a gap year to stay closer to Kelly for a while. And what better way to end this holly jolly debut season than with a montage of Kelly and Shrub dancing it out to the Jonas Brothers’ "Like It’s Christmas"?

See you next season! 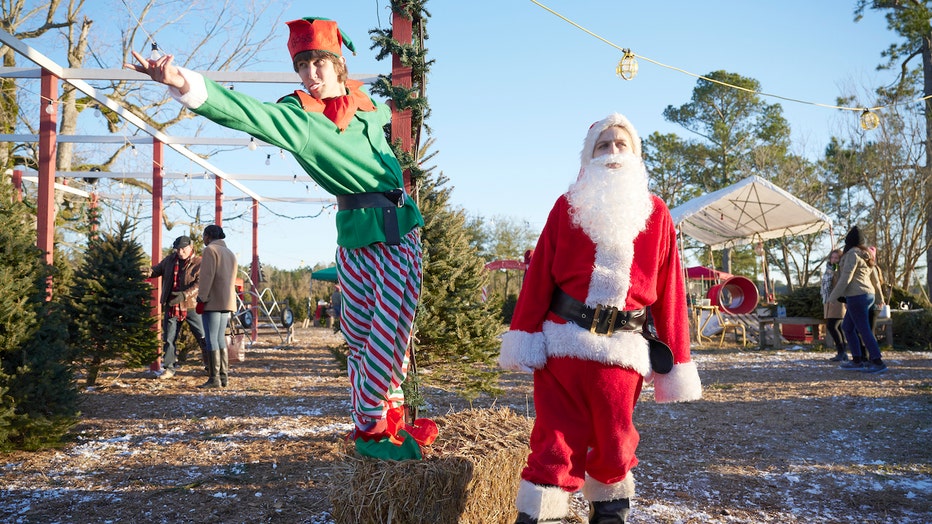 "Welcome to Flatch" has been renewed for a second season on FOX. The show’s first season is currently available to stream on Hulu and FOX, and you can read our previous recaps below.

Finished with "Flatch"? Here’s your next (free!) binge watch

The Freak Brothers (2021): Smoke 'em if you got 'em! Pete Davidson, Woody Harrelson and John Goodman lead the voice cast of this adult animated stoner comedy based on Gilbert Shelton’s cult classic comic, "The Fabulous Furry Freak Brothers." The series follows three 1960s hippie stoners who smoke a magical strain of weed, only to fall into a 50-year slumber and wake up in the 2020s. While time (and weed culture) may have changed, the Freak Brothers are just as mellow as ever. "The Freak Brothers" is a Tubi Original. Rated TV-MA. One season, 8 episodes. Also featuring the voices of Tiffany Haddish, La La Anthony, Adam Devine, Blake Anderson.

"The Freak Brothers" is streaming for free on Tubi